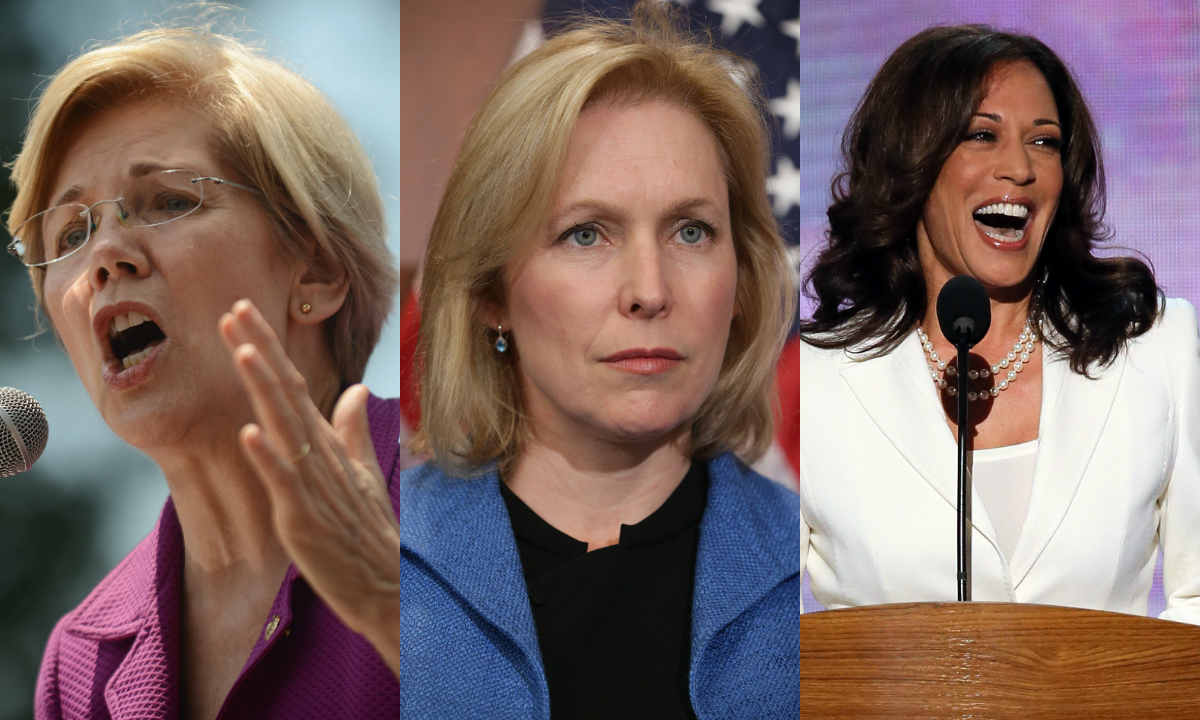 Or, why are we asking this stupid question?

It happened again the other day; I ran across yet another article for this topic on MSNBC.  Normally when I reference a source article I link to it but I really don’t think it’s worth the clicks.

From what I see, the bulk of American voters don’t really give a crap about the candidate’s sex (or race or religion) anymore.  What we want is someone who is competent and who can do the job.  More importantly, we want someone who comes across as authentic.

Take Barack Obama, for example.  Some argue he was elected because of his skin color—people who don’t understand the first thing about winning an election.  Black people, they say, came out in droves to vote for the man.  This despite black people representing about 12.5% of the electorate and he somehow managed to win with nearly 68% of the vote.  I don’t doubt there were some people who voted for him on those grounds, but I will argue there were probably just as many if not more people who voted against him on those same grounds.  Same with Hillary.

If you think back and ask yourself, “what did John McCain stand for?” could you tell?  Or what did Mitt Romney stand for besides giving money to the rich?  Don’t remember, do you?  Neither do I.  Barack Obama sold us a platform on health care, and he spoke from the heart; he spoke about his mother.

I still recall the election between Al Gore and George W. Bush.  Bush campaigned on being a born-again Christian; that was his big thing.  Gore campaigned on… I still don’t know what he campaigned on.  Whatever it was, he didn’t come off as relatable and he didn’t seem authentic.  Ironically, in An Inconvenient Truth, he DID seem authentic and everyone I spoke with said, ‘why didn’t I vote for that guy?’

Contrast that with Hillary Clinton who, it was said, got her opinions from focus groups.  The problem with Hillary was that she didn’t come off as authentic whereas her opponent made a career out of building a perception of authenticity despite being a serial con-man.  Trump was (and is) a terrible candidate; he built a platform on xenophobia which usually only works when the economy is destitute and lost the popular vote by a record margin against an opponent who no one knew what she stood for.

Ask yourself: what does Elizabeth Warren stand for?  Or Alexandria Ocasio-Cortez?

Voters love these candidates because they represent something important to us.  They represent our values.  No one loved Hillary Clinton as a candidate; we tolerated her because of the alternative.  And I still believe she used her influence within the party to screw Bernie Sanders out of the election.

Now we come to this question of whether Tulsi Gabbard, Kamala Harris, Kirsten Gillibrand, Amy Klobuchar, or Elizabeth Warren can beat Trump.  My questions are: what do they stand for, do they come across as authentic, and do they have the stamina to run a successful campaign?

As for whether or not a woman can beat Trump, why the hell not?