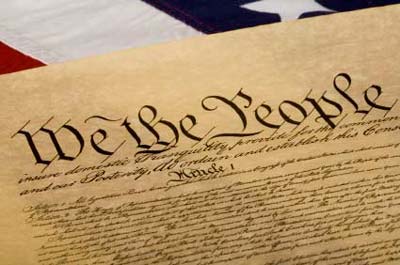 The United Stated is not a 'Christian' country. Stop saying that it is.

Judeo-Christian values, our laws, do not make.

It’s one of those things I hear online a lot, and occasionally on Fox News.  America is a Christian country.  It’s not.  Yet it gets repeated as though repeating a lie over and over again somehow makes it true.  I asked someone to elaborate: what, exactly, is Christian about our country?

His answer: our laws and Constitution.

First off, the origins of laws, any laws, can be difficult to trace.  We have codified examples of laws beginning as far back as Hammurabi’s Code: eye for an eye, and so forth.  But to prove one area as a direct influence to another is slippery at best.

One has to look at other cultures in the region that have influencing factors and see if there are any similarities.  And if you do that, American law is basically British (English) law, and English law may have been heavily influenced by medieval Islamic law.

Medieval English law was anomalous in that many elements of medieval English law came seemingly out of nowhere.  While the rest of continental Europe adopted old Roman civil laws, England most certainly did not.  Now in truth, that medieval English law owed to heavy Islamic influence is debatable.  Yes, there were numerous similarities: jury trials, ideas about land rights, jurisprudence, and common law to name a few.  It is possible, perhaps that some figure learned about the Islamic way and brought things they liked back to England.

No one knows for sure.  Until some source emerges that says something like “I, King George the 127th do hereby declare that these Islamic ideas are great and I’m going to institute them into English law…” we will never have a definitive answer.

As for Judeo-Christian values, let us be absolutely clear.  In ancient Judaism, there’s a law that says (a modern reading) that when a virgin is raped, her father has to sell her to the guy who raped her.  Half that stuff was a capital offense including adultery, working on the Sabbath, blasphemy, taking your mother-in-law as a second wife, cursing a parent, and contempt of court.  None of these are reflected in any modern American laws.  Then on the Christian side of that equation, it literally says that we are no longer under the law (Romans 6:14), and that’s not reflected in American laws, either.

Now, about the Constitution.  This is the document based on religious values that says “Congress shall make no law respecting an establishment of religion, or prohibiting the free exercise thereof…”

In all truth, influence for the United States Constitution came from everywhere, including ancient Mosaic (Jewish) law, Islamic law, Roman law, English law, and so on and so on.  The drafters did extensive research into political history using any and all sources available, critically analyzed everything, and combined it all into a beautiful document that was perfect in every way.  Then finally, they changed a few things to make the slave-owners happy.

Again, medieval English law was quirky, and much of our Bill of Rights was imported directly from the Magna Carta, which took effect by the end of the 13th Century.  Again, some of those elements arrear to have roots in Islam.

As for the structure of government, a lot of that came from the Great Law of Peace.

We know that the Great Law of Peace was dated to a celestial event that happened either in the 12th or the 8th Century, we’re not sure which.  We know that the ‘Five Nations’ was at the time of the 18th Century a major power in the northeast.  We also know that Benjamin Franklin, who was later responsible for drafting much of the US Constitution, spent years as an observer under the Five Nations council meetings, and that he studied their system of governance extensively.  We also know that he began making ‘rough draft’ constitutions during and after this time.  And, we also know there are many similarities in the ways both documents outline the structure of government, the checks and balances, and the processes for getting things done.

It is true that the majority of people living in the United States have ancestors who came from Christian tradition.  It’s also true that Christianity has shaped much of what we call mainstream culture.  But to say the US a Christian country is a lie.  At the very least, it’s an oversimplification that ignores the very first thing that makes us who we are: religious freedom.

Michael Patrick Lewis is a teacher, math nerd, and exhausted father of two. Check out my latest book, A Dance to Remember, a gripping romance that will leave you in tears. You can also find me on Twitter @fakeMikeLewis.