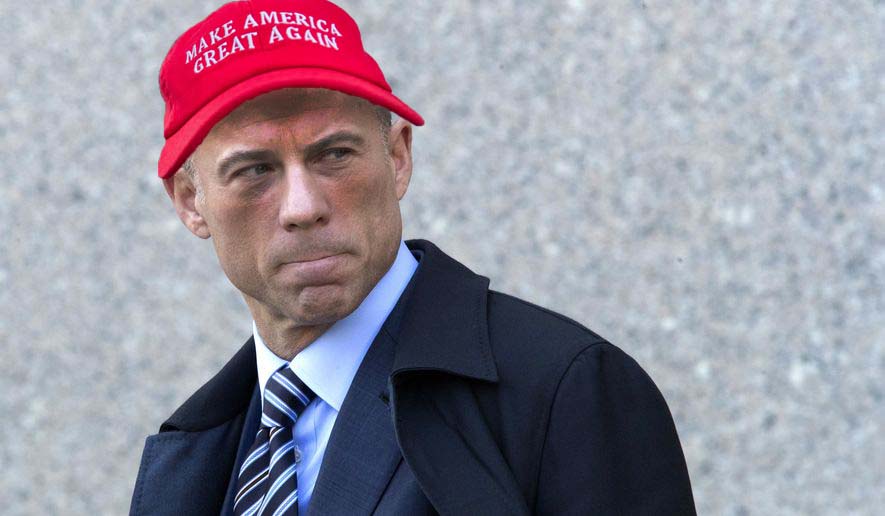 Michael Avenatti for president in 2020.  Sure.  Why not vote for a Trump stooge to go up against Trump?  Since no one else is saying it, I might as well.  I don’t think Michael Avenatti 2020 would be a good choice of presidential nominee unless you’re an ardent Trump supporter.  Point blank, I think he’s in Trump’s pocket.  I don’t have any proof, just a bunch of things that make you go ‘huh?’

First point.  Taking a look at the result of both of Avenatti’s actions in the media, and there are two.  Both have had the net effect of decisively boosting support for the president at critical moments.  His actions have been so beneficial for Trump that even if he’s not working for the guy, at the very least he’s grossly incompetent.

Which begs the question: who, exactly, does this guy really work for?

The next time we hear from Michael Avenatti is in the midst of the Brett Kavanaugh disgrace.  On the heels of not one, but two credible allegations of Brett’s youthful indiscretions, Avenatti drip-feeds the rabid news channels this narcotic about a client who brings the most salacious accusations of all — allegations that, if true, would have crossed the boundary from youthful stupidity to outright criminal behavior.  Then, less than a week later, the same allegations were ‘revised’ to such a degree that no one in the world would assign an ounce of credibility to them.

And right there was the master stroke.  The right had already called shenanigans on the allegations by Ford and Ramirez and questioned their credibility.  By lumping his client in with these other two and then allowing Swetnick’s claims to be so thoroughly discredited, he made the claims by Ford and Ramirez appear shady by association, thereby paving the way for Kavanaugh’s confirmation on the grounds that ‘these are all false allegations and character assassinations.’

It’s simple: Avenatti ran a false flag operation to covertly support Trump, going so far as to declare himself in the running for president in 2020.

Which brings me to my next question: why didn’t the Trump team want Swetnick’s allegations to be investigated?

Next issue: Notice how Michael Aventatti 2020 openly advocates for Trump-style rhetoric and tactics, going so far as to reinforce the role of race in politics?  To hear him tell it, we need to abandon Michelle Obama’s they go low, we go high mentality and embrace Trump’s way as the new norm.  What this means is open to speculation.  Maybe he means we should accept habitual dishonesty as the currency of modern  political discourse.  Maybe we should embrace racist dog-whistling and flagrantly misogynistic tropes, and deal in hate by dividing people against one another.

Exactly what Trump has been asking us to do for the last three years.  So why then is Michael Avenatti 2020 asking us to now accept these things?

This is something that no one in at Fox News could have possibly asked the left to do.  No Republican Trump groupie would be listened to.  But if there were only someone who could get his face on every news station in the ‘liberal media’ that could parrot Trump rhetoric under the guise of being a liberal firebrand, imagine the possibilities.