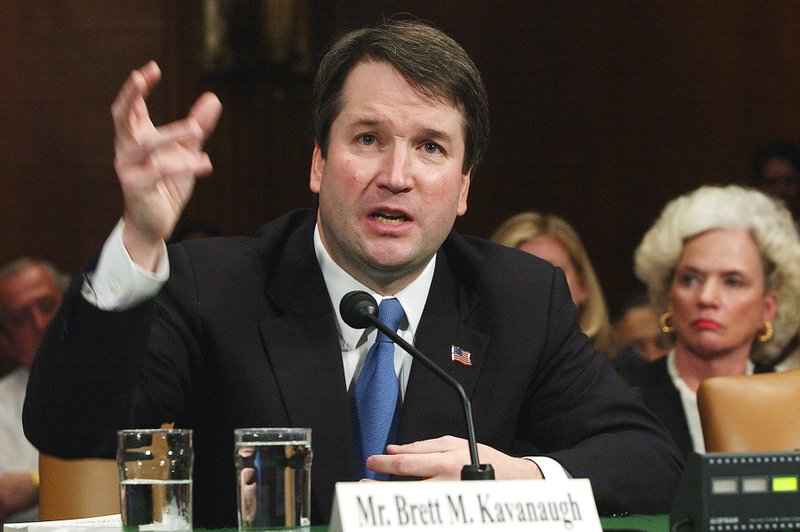 There are many who believe Dr. Ford was lying. Maybe she was. However, she's not vying for a seat on the Supreme court; he is.

I am asking, begging you to vote NO on the confirmation of Justice Kavanaugh, should the matter be put to a vote before the Senate. Granted I don’t have all the facts, and I can only speak to what I see and hear, but from what I see and hear, I don’t believe he’s right for the US Supreme Court.

If we dissect the hearing last Thursday, there are many who believe Dr. Ford was lying. Maybe she was. However, she’s not vying for a seat on the Supreme court; he is. So, we need only look at his actions and words.

I believe that what we as a nation, as a people, are witnessing with Brett Kavanaugh, is the Rashomon effect. Rashomon is an amazing, classic film by Akira Kurosawa if you haven’t seen it, by the way. Put simply, it puts forth the idea that different people can witness the same event and recall it differently.

In this case, many of Kavanaugh’s former classmates at high school and later on at Yale have come forward saying he was an especially heavy drinker, often staggering drunk and belligerent. There’s no way he never blacked out, they say. And when he went before Fox News and the Senate Judiciary Committee acting like it wasn’t that big of a deal, his former classmates called him a liar.

The thing is, he could have been telling the truth from his own perspective. He could just as easily believe his drinking wasn’t a problem, or isn’t. Most people with a drinking problem don’t think they have a drinking problem — that’s part of the problem. As for blacking out, no one else knows but him. Dig through my history and you could find someone who would say I’ve blacked out once or twice, but I never have. So that one doesn’t bother me. What does bother me is the idea that either he’s never reckoned with the reality of his drinking problem, or he has, which means he was lying. So it’ sbad either way.

This brings me to the sexual misconduct allegations. The Rashomon effect applies there, as well. Take this incident in which a WA state senator is accused of rape by a woman. According to her own testimony, they’d spent the night dancing and kissing, they’d both ‘probably had too much to drink,’ she walked him back to his hotel, and went inside voluntarily. Then, allegedly, he raped her, and again as per her own testimony, he didn’t give her a kiss goodnight as she left.

It doesn’t take a veteran sex-crimes prosecutor to see the holes in that. But it does illustrate how a man and a woman can go through something together and come away with a radically different perspective. This is especially problematic for most women, being much smaller and physically weaker than most men.

As Dr. Ford gave her story to the world, people either believed her or didn’t. Some say they believe her but that she has Mr. Kavanaugh mistaken for someone else, a claim as cowardly as it is ridiculous; she’s either lying or she’s not. But I believe something did happen that night between him and her. If he didn’t think it was that big of a deal, then he might have brushed it out of his mind. And based on the details of her own testimony, I don’t think he thought anything of it. From his perspective, he was just playing around. Or perhaps he thought she was into him and later changed her mind. Either way, it would amount to some insignificant detail of a drunken stupor that wasn’t worth remembering.

Except of course she didn’t see it that way.

And therein lies the crux of Brett Kavanaugh and his character. Here’s someone out of touch with the effect of his actions on the people around him. We see that in his actions in the Clinton investigation while he worked under Ken Starr, we see that in his partisan rulings, we see that in his drinking, and in the way he treats women. It’s in the prep-school, ivy-league, privileged jock class he proudly displays, and the disrespect he shows to those trying to uncover the truth. He doesn’t strike me as someone who cares how he affects people, and that’s not someone I want to see on the Supreme Court.