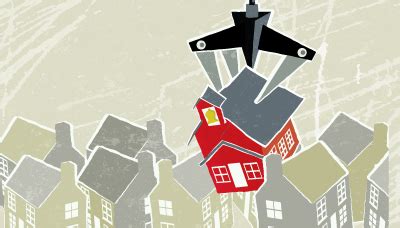 The problem is that the current educational culture in the US cannot accept that children are not robots.

After three weeks in public school, I had to pull my son and bring him back to home school.  This was a very difficult decision because it greatly compounded the situation my family is in, but given what the school was putting him through, I felt it was the best decision for him in the long run.

In an ideal world, the notion of school choice wouldn’t exist.  Put simply, all schools would be able to provide a quality education, and there would therefore be no need to seek out a better one.  This was not the case.

My son has been challenged for his first several years.  I’m not saying this to boast; but from my own experiences as a teacher.  A lot of parents don’t take the time to teach their children the basics, but rather leave that to the schools.  So, they come into first and second grade not learning how to read.  I can’t say whether this is right or wrong, but this is not how my wife and I chose to approach our son’s education.  So, when it came time to enroll him, getting him assigned to a classroom where he’s going to be challenged at the level he’s at rather than spending the year being re-taught the same material he already knows was a concern.  And, after scouting out numerous public schools, private schools, magnet schools, and charter schools, after taking all factors into consideration such as cost, distance, curriculum, and of course whether or not they had a ‘lottery,’ we finally enrolled him at a school nearby.

In order to place him, they gave him the second grade end-of-year exam, on which he performed well above the average starting third grader.  No matter, since his age says ‘second grade,’ they put him into the second grade classroom.  No problem, they said, because he’s going to be in the ‘gifted-high-achieving’ classroom.  Then the principal swore up and down she’s going to make sure he’s in the right environment where he’ll be challenged.  She won’t hold a student back, she said.

My first ‘huh’ came when his teacher told me that science and social studies were rolled into reading hour.  Then day after day after day, he brought home material he’d mastered a year ago and told us about how he was the only one in his class who knew this, that, or the other thing.  Then, after having a conference with the principal, his teacher, the school psychologist, this other lady, and this other lady, I was being told he’s in the right environment and that he’s ‘going to be challenged.’  Just not right now, apparently.  And just to drive home their point, the very next day he gets sent to the AP’s office on some disciplinary B.S.

To make a simple solution complicated, schools in our district are assigned.  That is, as a parent you have to send your child to the school they tell you to send them to.  Never mind this was the operative mechanism in segregation, we must simply keep denying school choice in order to prevent the good schools from becoming overcrowded.  Since this creates a system where students can find themselves stuck in a failing school with teachers and administration more concerned with their own egos than actually getting students to learn, alternatives, or choice schools are born.

Obviously there are private schools.  And if you’re willing and able to take on a second mortgage and don’t mind the typically religious dogma for a curriculum, that’s a viable option.  For everyone else, school choice means charter schools.

A charter school is basically a public, non-profit school that outsources its management to a private, for-profit company (the Betsy Devoses of the world).  Usually.  Even those schools that don’t follow this model often find themselves with scant resources, and of course the students suffer for different reasons.  On paper, a charter school is actually a system where an innovative educator comes up with a novel way of teaching the kids and applies for a charter (money) from the school district.  The school then gets an allowance based on the number of students enrolled even if, technically, some of those students should have been de-enrolled when they left the school months ago.

The Fundamental Problem with School Choice

The problem with school choice is that it’s a shortsighted way of working with a fundamentally broken system without actually fixing the system but rather presenting the illusion of actually addressing those problems.

Take every politician’s favorite punching bag, Common Core.  You know, what they’re still teaching in schools after they changed the name because everyone hated it.  When you break it down and examine the thought processes it tries to get across, it’s actually a pretty good curriculum, as curricula go.  The problem with it is that it never once addressed the actual problem.

You see, there wasn’t a deficiency in curriculum.  The ones we had before Common Core weren’t so bad that we needed to spend God-knows-how-much to replace them.  So if you have a problem, and the source of the problem is NOT A, and in order to solve the problem you replace A with a better A, the problem will still exist.  The problem is that the current educational culture in the US cannot accept that children are not robots.  That’s why it was so difficult for that school to even consider putting my son on a different page than the rest of his class: he had to be learning the same stuff even if he already knew it.  And if there are other students in the same class who struggle with the material as presented, sucks to be them, because we all have to be on the same page.  You have a problem that no cookie-cutter approach to teaching children is ever going to be effective, and the solution is to get a better cookie-cutter.

Palm Beach schools are improving while Broward schools are not.  Math scores are higher in Palm Beach at all grade levels.  Same with science.  Between 2017 and 2018, BC’s scores on 6-12 Biology went down while PB, which was already higher, went up.  Repeat for Civics and US History.  Only the FSA Language Arts shows the two districts comparable and even there Palm Beach shows better year-over-year improvement.

When you take away a school’s monopoly over students and their parents, that school is forced to be better than the competition or face an exodus.  Otherwise the child gets treated like a robot and made to sit still and be quiet while the lesson is taught at him whether he understands it or not.

What I don’t understand is why we have all this fervor over school choice?  Why not just let people choose their school?