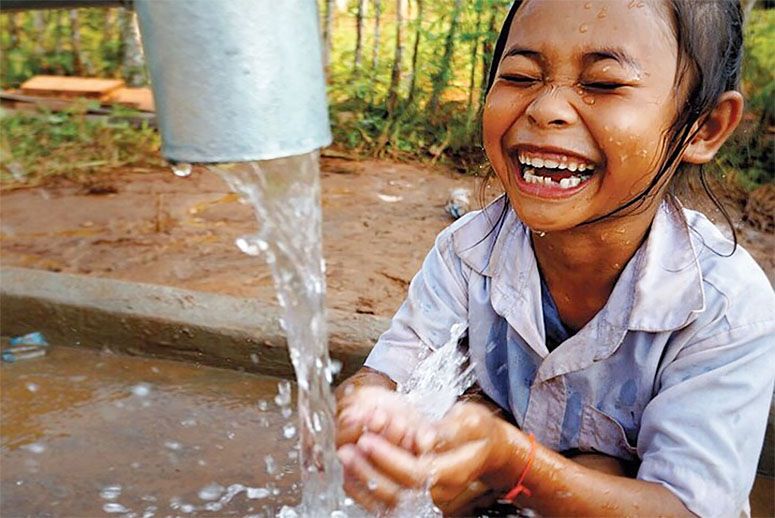 Let us not 'agree to disagree.' This is not something we can disagree with.

I could be called a tree-hugging hippie.  I’ve been this way for a long time.

The March 2000 film, Erin Brockovich, tells the story of how a small law firm took down Pacific Gas & Electric over their knowingly dumping toxic wastewater into people’s water supply and thereby causing a host of health problems including a variety of cancers.  And this story is not an isolated incident, either.  It stands out because, unfortunately, wealthy elites who don’t live anywhere near these dumping stations reap billions in rewards, tax cuts, and regulatory exemptions most often walk away freely leaving the rest of us to foot the bill.  It happened in Flynt, MI, with countless oil spills across the US, and of course in light of all these, the Republican Party openly embraced running the DAPL under rivers that provide drinking water to millions of Americans, not one of them is a billionaire standing to make money off the project.  Worse, these elite few managed to leverage the government to force private land owners to sell to the project.

I’ve been watching this for decades.  Again and again and again, I have seen the Republican Party, long before our current president took office, enact legislation that allows a select few to reap billions for their own profit at the expense of the American people, all in the name of ‘supporting businesses.’  I’ve seen it with global warming, and I see it in a more recently study linking diabetes to air pollution.

And yet we hear all this mess about too many restrictions being bad for business.  Because apparently, having a rule that says if you make a mess, you need to clean it up costs rich people too much money.  It’s better to have poor and middle-class people pay for it.  Somehow, that makes the most sense.

This is the hypocrisy of the Republican Party; it’s been their mantra for decades, long before Trump.  It’s why I and others like me feel forced to vote Democrat.  Because time and time again, I see Republican candidates talk the same mess about relaxing environmental regulations to make it easier for 1%ers to rake in obscene amounts of cash while the rest of us end up footing the bill for the mess they leave behind.

I’ve come to not only accept Donald Trump as my president, but to appreciate and love him as a president.  Why?  Because after decades of seeing our rights to clean air and water being eroded by those in power and doing nothing about it, liberals are finally waking up to the reality of what we’re living with, what we’ve been living with, to the poison that is the Republican party, that has been the Republican party since the 1990s.

And they want us to ‘agree to disagree.’

People should not have to breathe polluted air and drink polluted water so some Wall Street fat cat can reap billions in profits without having the regulatory burden of cleaning up after himself.  This is not an ‘agree to disagree’ issue.

Michael Patrick Lewis is a teacher, liberal, and bestselling author of Edge Of God and Preferred Rewards.  You can also find him on Twitter @fakeMikeLewis.