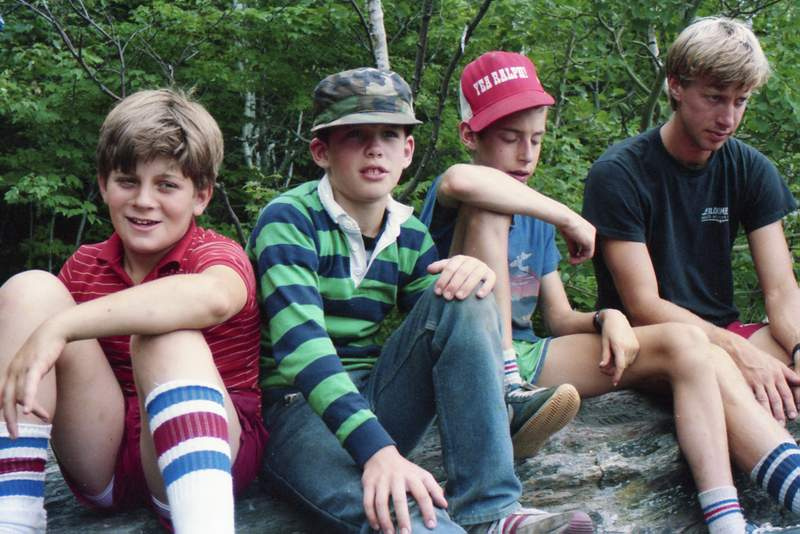 I remember shortly after our son was born, my wife and I had got it in our heads that we needed to manage our son’s expectations of the world.  Specifically, we wouldn’t hold him and rock him, but rather let him in the crib until he cried himself to sleep.  And there are lot of people who think that’s what you’re supposed to do or else the child will get used to… well, I guess, get used to being comforted when they’re upset.

And that was a bad thing.

Because for some reason teaching our son that he could have love and affection if he felt like he needed it, that he would have our support and caring, and that he could rely on us to help him through life weren’t valuable lessons.  Rather, he needed to learn he was on his own.

He’s seven, now, and this summer we’re sending him to his first day camp.  To me, it seemed like he was having fun.  I would say something to him like “how was your day?” and get an “it was good.”  But then Mommy comes and says “did you have a good day or a bad day?” suddenly the truth starts to come out.  And now, listening to him tell us that he doesn’t want to go back and listening to the reasons why, I’m heartbroken.

To hear him tell it, the counselors at this day camp are “mean.”  How are they mean?  Difficult to say.  One of them likes to yell at the kids.  Another acted like he was the one with the problem when he came up and said another kid was being mean.  They tell them to sit down and don’t move and don’t talk.  Or they tell them to stand when they’re tired.  He wants to go play with his friends but they won’t allow that, either.  Now obviously I’m not there and I’m only hearing one seven-year-old’s side of the story, but here’s another factor: this is supposed to be fun.  They go to swimming, to the park, to the museum, today they went bowling, they play games like dodgeball and board games, go out for pizza, and this is only the first week.  One should not spend a week in such a place and dread going back.

And the scales come off.  Day camp, this summer-camp-industrial-complex, isn’t about enriching the kids’ lives or exposing them to fun things at all, is it?  It’s about stuffing them with a group of glorified babysitters who just needed a summer job so I can go off to work.  And when the idea of pulling him arises, that’s when the voices chime in.

He should learn to stick it out.  You can’t just remove him every time things get stressful; that’s not sticktoitiveness.  How is he going to learn commitment?  What are we teaching him if we pull him?

How about, it’s OK to leave a toxic situation if it can’t be worked out.  Or, that his feelings matter and it’s fair for him to expect to be listened to.  Even better: that he can feel safe articulating these things to his parents, knowing that we’re going to take action in his best interests.  Should I be worried he’s going to turn into an adult who drops out of every situation he’s in once things get a little heated?  I haven’t rocked him to sleep in years and I don’t even remember the last time he wet the bed.

How about teaching him that there are people in this world who love him and care about him and will do what’s best for him even if it’s inconvenient for ourselves?

I think that stuff is important, too.

Michael Patrick Lewis is a teacher, dad, and bestselling author of Edge Of God and Preferred Rewards.  You can also find him on Twitter @fakeMikeLewis.