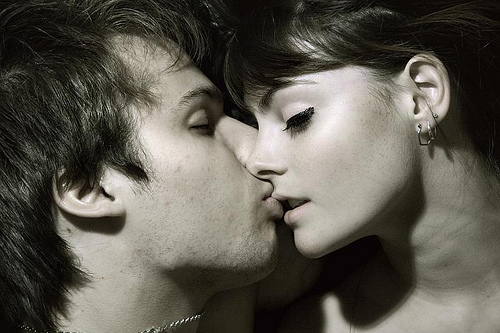 Monogamy didn’t grow out of any artificial social construct and wasn’t foisted upon us by religious dogmatists; it was chosen by natural selection.

If you watched this video on Vox or spoke with anyone who claims monogamy isn’t natural, you might be aware that the genesis if monogamy is fairly recent in human history.  The writers hypothesized that monogamy came about as a means to secure property rights in a structured society, but I believe they’ve missed the mark entirely.  The origins and prevalence to monogamy along with the religious advocacy for the same are about STDs and nothing more.  It doesn’t go beyond that, yet the writers of this video seem to have forgotten these diseases have existed for hundreds of thousands of years before our ability to cure them.

The explanation is predicated on the idea that marrying for love is a new phenomenon that only began to emerge in the last century, but this is not supported by the evidence.  Love and romance, and marrying because of it, are at least as old as literature itself; Romeo and Juliet are more than 400 years old, Greek legends older than that, and there are romantic marriages based on love and attraction described in the Bible some 3000 years ago.  So if anything, nothing has changed between then and now.  The Bible is especially useful in this regard because while many of the marriage relationships described are polygamous, there are numerous mentions of monogamous marriages.  These are men who, given the option of having multiple wives, chose one instead.

This supports a more realistic view that human sexual preference in terms of polyamory, monogamy, polygyny, and polyandry, would naturally regress to a spectrum if social constraints are removed.  That is, even if one type of relationship emerged to dominate the norms of a culture group, other types would still exist.  This conclusion is more consistent with everything else human nature than the one-system model alluded to by polyamory proponents.

It also means monogamy has always been there.  This changes the question from one of how monogamy began to how it grew to be the dominant preference.  And the answer to that is morbidly simple: they didn’t get AIDS and die.

Substitute AIDS for chlamydia, gonorrhea, syphilis, HPV, herpes, hepatitis, that other one, the other one, the other one, or the other one.  Here’s a simple math exercise.  You have a wealthy, powerful civilization at the dawn of history, some 5000 BCE.  It’s a huge city, over a million people live there, and they’re polyamorous, just as the narrators in the video described.  Everyone does everyone else, and they have this wonderful view that everyone’s children are everyone’s, just as the video described.  In the whole city, there are exactly five monogamous couples accounting for ten people out of a million who, for some reason of genetic variation, simply choose to have exclusive sexual relations with only their spouses.  One day, a traveler comes from far off, bringing HIV or some other sexually transmitted virus with a long, asymptomatic infectious period and a 100% mortality rate.  Give it about two to three years, and then figure out exactly how many people are going to be alive in that city?  Then answer the question of what those few survivors all have in common.

A prophet has to live long enough to write scripture.

I suppose in a primitive, nomadic society where people lived in tight-knit groups and had little contact with others, a polyamorous system might work.  There are relatively few outsiders to bring in new diseases, and a new strain could easily wipe out the whole clan before they get a chance to spread it to another group.  But the more foreigners you encounter, the greater your likelihood of contracting and spreading some infectious disease.  Historically, port cities known for hosting travelers from all around have always been hotbeds for all sorts of nasty things.  Remember these are ancient societies who didn’t have antibiotics, antiviral drugs, latex condoms, or basically anything.  They weren’t totally ignorant, though; in the first century AD, Emperor Tiberius of Rome banned public kissing because of a herpes outbreak.

Monogamy didn’t grow out of some artificial social construct and wasn’t foisted upon us by religious dogmatists; it was chosen by natural selection.