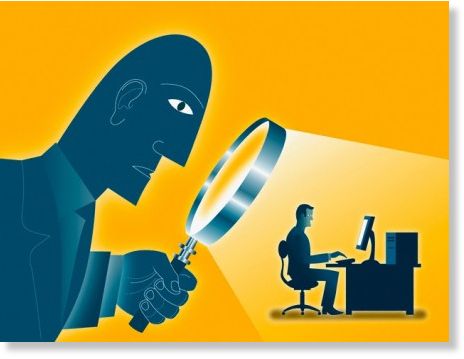 The Constitution allegedly guarantees the rights of speech, religion, due process, and so forth. But what good is it when any private enterprise can just take it all away?

We often hear this idea of smaller government proffered as a solution.  The idea is that government is too big, too corrupt, and too dirty to handle things.  It’s a delicious thought, to be sure; the last thing anybody wants is Big Brother constantly looking over our shoulders and dictating how we live our lives.  But the reality we’re increasingly coming to face is that private entity is just as willing and far more able to curtail freedom than any government ever could.  I don’t think the erosion of civil liberties by private entity is not what our forefathers had in mind when they drafted our constitution.

One example is the recent decision by the NFL that players are no longer allowed to kneel during the National Anthem.  This debate has been going on for a while, now.  For some, it’s an affront to the symbol of the freedoms and rights enjoyed by our nation while for others, it’s a silent recognition that those same freedoms and rights don’t, in reality, extend to people of all colors.  Regardless of your opinion on this matter, to express that opinion is and should be protected by the first amendment; this goes for the kneeling players as well as those offended by them.  But the NFL is not the government, and so the NFL is not bound by the first amendment.  And so in a display of support for a symbol of freedom, the NFL has chosen to rescind the right of free expression and dictate the opinions of one side over the other.

This follows a string of people fired from their jobs for expressing political preferences, such as this conservative engineer from Google.  Beyond this, there seems to be a court of public opinion which dictates what topics are acceptable for public discourse.  But hearing multiple perspectives openly expressed is the key to being adaptable to change.  Sometimes, people will say stupid things.  Sometimes, they will want to hold rallies on university campuses in order to say stupid things, but they need to be allowed so that we can call them out and show how stupid they are.  If they don’t say these things, they’re going to still believe them but without an opportunity to learn and grow.  When a person feels like their point of view is being shut down, that only breeds anger and resentment.  And when this happens at a national level, the result is violence on the one hand, and an inability to improve on the other.

But it’s not only the first amendment under assault by private entity, it’s the second.  The right to bear arms, in brief, is the right to use force to defend oneself against violent threats.  That we have a proliferation of ‘gun-free zones’ in every school, airplane, movie theater, and so on is most curious.  Now in case I haven’t made my opinion clear, I’m against ‘arming teachers,’ and my reasons are another article.  But I’m also against disarming teachers.  Some people fear guns; that’s true.  Some people own guns who shouldn’t; that’s true.  But there are people who go through whatever legal process they need to go through to ensure their guns are licensed, permitted, and otherwise made kosher.  Personally, I don’t fear this person.  If someone is responsible enough to go through the process of getting and maintaining a concealed-carry permit, odds are that’s not the person to flip out and go on a shooting rampage.  And yet, the right to bear arms can be universally rescinded for a multitude of locations and reasons.

The fourth amendment allegedly provides protection from unwarranted searches of one’s person and personal property.  And yet employers can require you to hand over your personal data, schools can search any student for little to no reason, and every sporting event has ‘security’ go through your bag to make sure you aren’t bringing any snacks or bottled water into the stadium.

The Constitution supposedly guarantees the right to file a civil suit if the government breaches trust, and yet it seems every other private entity has written into their contracts arbitration clauses which effectively mean that in a dispute between you and Company A, Company A gets to decide who is right.

The more I look, the more I see civil rights being rolled back, abused, stepped upon, ignored, and otherwise denied.  On the one hand, it would be easy to say “just don’t use that service,” or “don’t go to that venue.”  But that line of reasoning would make it nearly impossible to conduct business in the real world, and it’s not practical for anyone to simply never send their kids to school, not have any utilities on, and never go anywhere.  Private business and private enterprise is everywhere.  So why is it that anyone can deny civil liberties to anyone else on a whim, as long as it’s not the government?  And the government is what you’re afraid of?