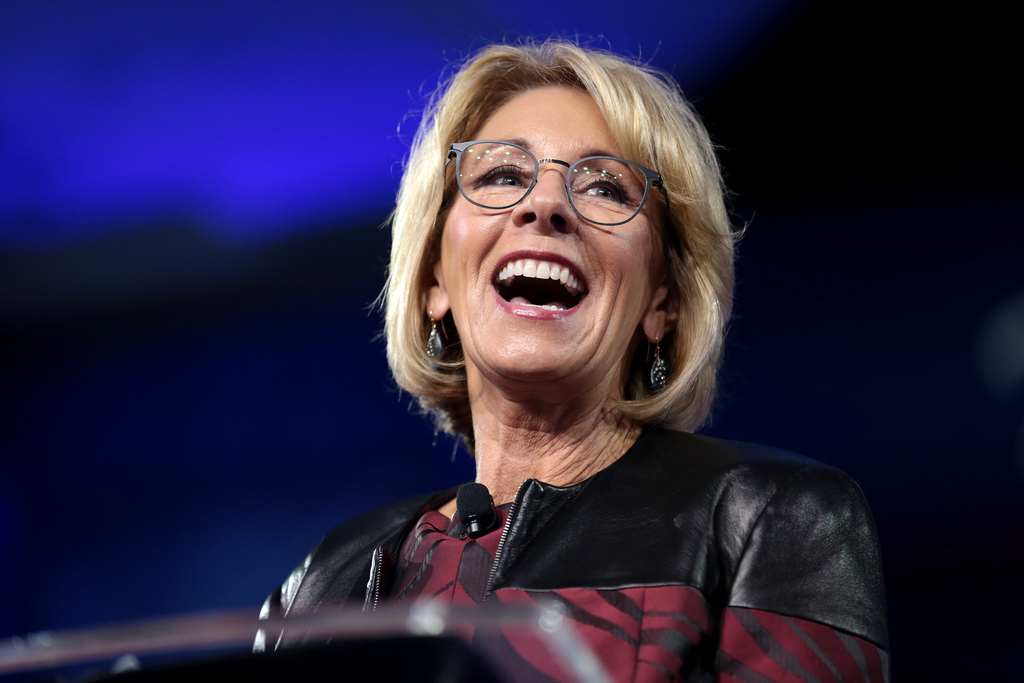 Why is anyone surprised that Betsy Devos's education racket is a failure? Smaller government indeed..

When you design a system to fail, it’s going to fail. The Republican Party en masse has been hocking this idea of smaller government for decades. The point is that private enterprise is better suited to handle the needs of the people than some overarching government. Government, they say, only creates bloated bureaucracies and wasteful projects that don’t do anyone any good.

Look no further than our defunct education system.

Slash the budget for public education, and what do you think is going to happen?

Somehow, GOP lawmakers understand this concept when it comes to the military. The Pentagon says “we need 175 quadrillion dollars to stay competitive this week,” and Paul Ryan and Mitch McConnell respond with, “well, we can’t let our military fall behind. It’s a lot, but you get what you pay for.” A school says “we need ten bucks because we can’t afford to vet qualified teachers.” The GOP responds with “you need to get by with less, but here’s some guns.”

A year ago, I along with pretty much every education professional out there was up in arms when Betsy Devos was nominated to lead the Department of Education; the woman never set foot inside a classroom, never borrowed a student loan, never did anything to achieve any learning gains. “Let’s hire a commander for the military who never fired a weapon, never been in combat, never managed anything successful in his life,” we said.

Why, then, is Devos’s flubbed 60 Minutes interview newsworthy? Did anyone think she was competent for the role?

No. Devos’s gross incompetence is by design. Lest we forget she stands to gain billions through her private enterprise should the public schools ultimately prove to be a failure.

Lock her up, indeed.