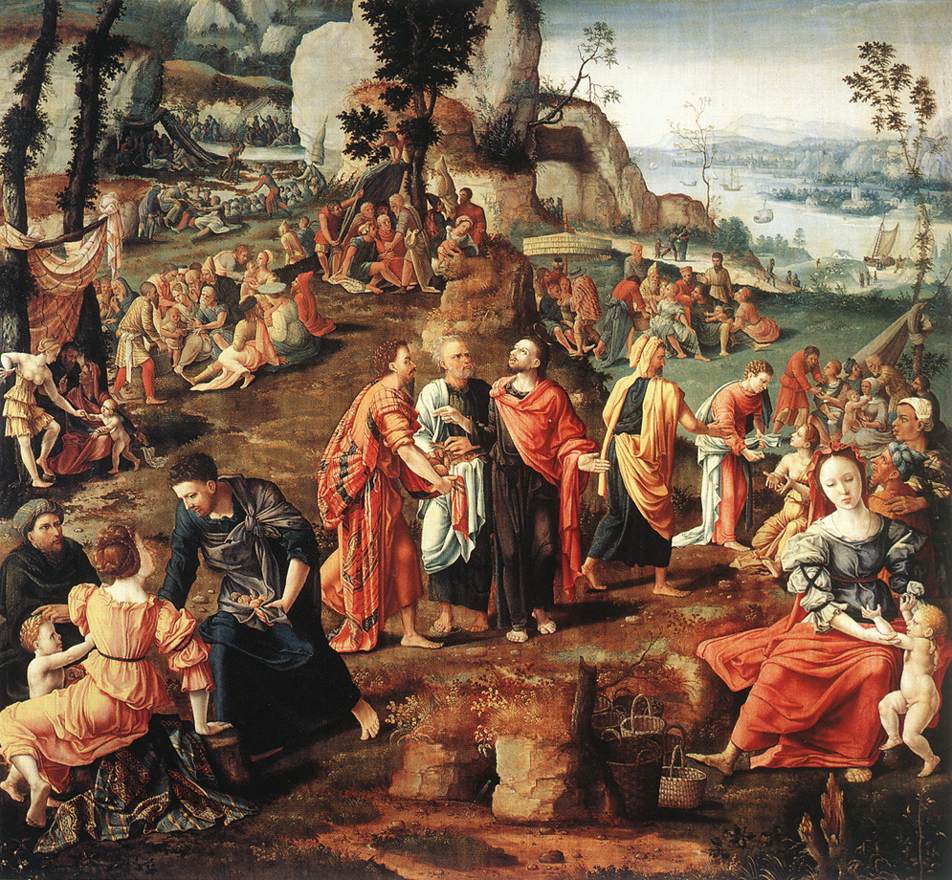 Arming teachers isn't meant to be a solution; it's meant to sell guns. Want to make a difference? What would Jesus do?

Long ago, there was a teacher. One day, he was teaching people on a hill; there were many people, thousands of people. The day wore on, and the teacher’s disciples noticed that the people were getting hungry. So the teacher said to his disciples, “you feed them.”

But what could they do? They had only a few small loaves of bread and some fish. That was hardly enough to feed themselves, so to stretch it out over several thousand people; that’s ridiculous.

No less, they did as instructed. And from this small amount, everyone had plenty to eat, the whole multitude. When the meal was done they gathered up the leftovers and found they had more than they’d started out with.

When Jesus tells his disciples, “you feed them,” the lesson is that the imperative to look after one another, to treat one another with love and kindness, to heal those in pain is on each of us, and no one else.

But none of that matters. You don’t have to have the time or the money, or a fancy degree or certificate in psychology, or anything that’s of value as far as you can see. You don’t have to have anywhere close to enough bread to feed all those people; feed them anyway. And it might not be enough. It might not make a difference, and it might seem like a meaningless gesture. That doesn’t matter, either, because it may just be that tiny, insignificant amount that you give turns out to be just enough to multiply a thousand times over until you’re left standing there in awe of the impossibly of it all.

I don’t know if anyone reached out to Nikolas Cruz with a loving hand. I don’t know if he could have been healed. It’s hard for me to imagine just what it would have taken for someone who saw the dark path he walked in the months leading up to that fateful day to be able to reach him. But I do know that everyone you meet can have potential to do great or horrible things, and that you never know what someone is going through. And when I see someone hurting, it falls upon me to heal them to the best I can. Maybe, just maybe, I might save a life or two. I’ll probably never know.