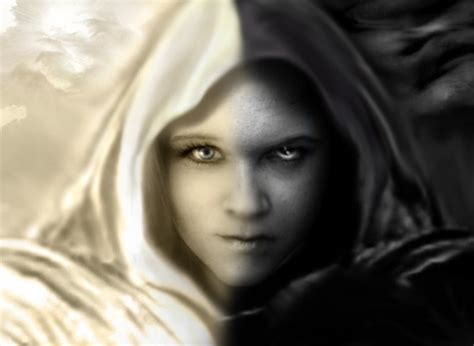 Depart from evil, and do good; seek peace, and pursue it.

I’m a Star Wars fan. I might not be the biggest, most hard-core fan, but I am a fan. And what I loved most about The Last Jedi is that it expands greatly upon a theme that began with the prequels (yes, the same ones most hard-core fans love to hate). And that is this idea that good isn’t necessarily good, and that bad isn’t necessarily bad. It may be that our understanding of good and evil needs adjustment.

It calls to mind something from the Bible, of all places.

Why is Jesus, the man most Christians agree was a good man, rebuking this guy by telling him he’s not good? It calls to my mind the so-called original sin, whereby Adam and Eve are said to eat from the Tree of Knowledge of Good and Evil. It may be that this very piece of ancient scripture, right smack in the beginning of the creation story, is a warning against thinking of the world in terms of good and evil, and that it’s a sin to do so.

Here in Florida, there’s a tree called Brazilian Pepper. It was brought here as an ornamental sometime during the 19th century and has since become a major pest. It’s an invasive species because it outcompetes the native flora, and this is a bad thing. Or is it? What we humans often fail to recognize is that we are a part of this Earth and an instrument for change just as any other throughout the beginnings of this planet. The Brazilian Pepper is invasive because it’s robust and adaptable; it’s a fierce competitor. And this is what life is. This is the mechanism by which life continues: the strong survive and the weak go extinct. If you listen to most naturalists, the end goal seems to be about preservation of the status quo more than anything else — this was the folly of the Jedi Council from the prequels. But the nature of life is to change. The universe changes, and in order for life to continue, life needs to change with it.

In my other articles, I’ve made no secret my disdain for Donald Trump. Clearly the worst president in the history of presidents, and he’s bad for America, bad for the world. Or is he? North and South Korea are talking to one another and excluding us from the conversation — they’re actually talking to each other without us pushing them. In the United States and from what I see around the world, people from all walks of life are taking a greater interest in governance. People are talking now about how they’re being governed. And if you’re a Democrat, you should be celebrating that the gross hypocrisy of the Republican Party is finally being exposed. If you look around you, there’s a myriad of positive changes happening throughout the world as a direct or indirect result of Donald Trump being president that wouldn’t have happened under anyone else.

It’s easy to get stuck on one’s own narrow-minded point of view. It’s easy to take the world and toss everything into simple categories of good and bad. Life light good, death dark bad. But death represents the very change that makes life possible. The dinosaurs had to die in order for mammals to thrive, just as the Jedi Council had to die in order to bring balance to the force. Light can blind you and burn your skin while darkness is peaceful and gives rest, and how interesting would life be if we never got to eat anything that was bad for us?

Every way of a man is right in his own eyes, but the LORD weighs the heart.
Proverbs 21:2 ESV

Michael Patrick Lewis is not good, and bestselling author of Edge Of God, and Preferred Rewards.  You can also find him on Twitter @fakeMikeLewis.