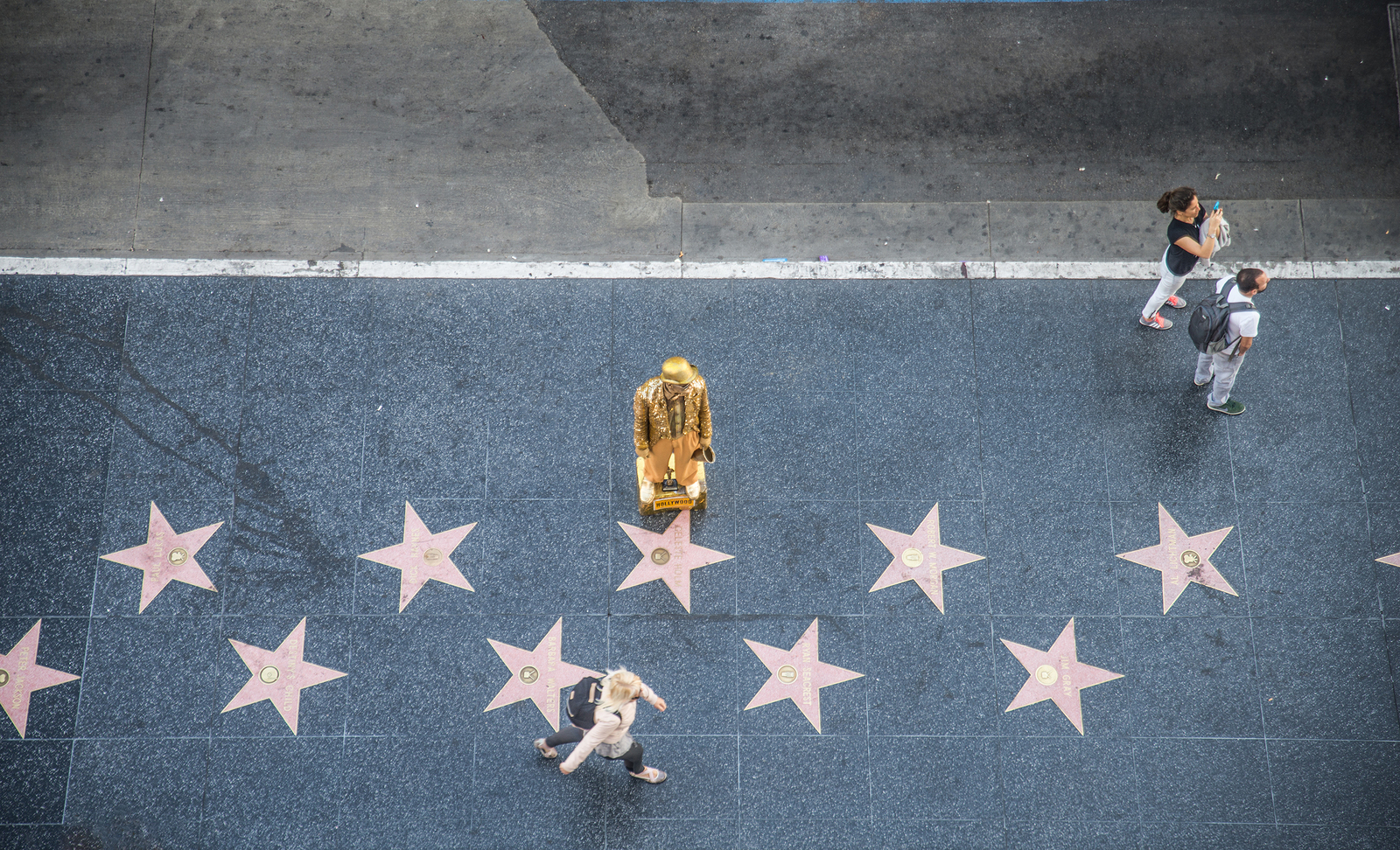 This explains a lot, IMHO.

I remember not too long ago looking for a movie to go see and coming up short.  Not that there weren’t plenty of movies out there, there were.  But there wasn’t anything worth seeing.  We looked through the options and all we saw were the same tired, old clichés and recycled tropes that we’ve all seen a hundred times.  And looking back, this seems to have been the case for a while — there just isn’t much out there that’s new or original.

It’s a shame.  Because when I look around, there are thousands upon thousands of talented writers and directors out there, most of whom will never get the kind of financial support needed to make a big film.  And don’t let me get into the alliances these producers sign with the theater companies.  And it just didn’t add up: how is it there is so much great talent out there but we only see a small sliver of it?

Harvey Weinstein, the other guy, the other guy, and that other guy, not to mention the massive bunches of others is the reason.  And despite all the allegations coming out in waves recently, what we’re seeing is still the the tip of the iceberg.  What follows naturally from such a pervasive problem is the narrowing of talent from the available pool — and not from the quality of talent, either.

The obvious loss is those women who chose not to allow themselves to be subjugated in such a way.  She may have been a tremendous actress with an amazing screen presence, but the idea she should have had to allow men like that to abuse her in order to keep her career was just so distasteful that she left entirely.  But it’s even deeper than that, because what happens to the woman who might have been a great actress but, according to the opinions of these men, don’t have that ‘look?’

Keep digging and you’ll find the writers who produce content that doesn’t limit women’s roles to their sexual attributes.  Granted there are always exceptions when there’s enough money to be made, but if you’re not a big name with a best-selling book to back up you script, you have to play ball.

The reality is that the allowed existence of these men to operate with such impunity for so long has created an environment in which there’s only one perspective allowed.  It’s fostered a club, if you will, of people, both men and women, who all subscribe to this particular image of women as having little use beyond male sexual enjoyment.  To go along with this mentality, a host of other mindsets take root, so that the end result is a stagnant creative flow from which nothing original comes out.

So, as far as I’m concerned, good riddance to Harvey and his ilk.  I hope to see some fresh talent in the coming years.  I look forward to it.

Michael Patrick Lewis is a teacher, math nerd, and bestselling author of Edge Of God, and Preferred Rewards.  You can also find him on Twitter @fakeMikeLewis.