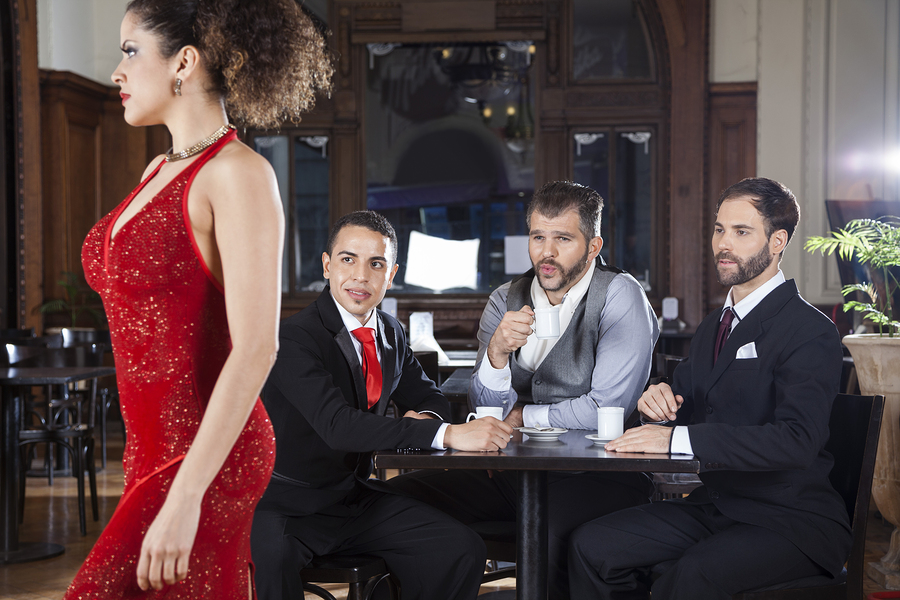 Is there such a thing as asking for it?

In every situation that involves a wrong being committed, there are at least two elements.  There is the individual who commits the crime, and there is the situation leading to the committal.  It’s tempting to shoulder the full yoke of responsibility on the criminal.  Some might brand it victim-blaming and go crazy over the assertion that the victim of a wrong might in some way be culpable.

I speak in general terms, and I do believe that in every situation, it’s important to examine one’s own actions as opposed to simply brushing of the assailant as the one with the problem.  And while it is important to recognize that in many situations there isn’t anything one could or even should do differently, this act or self-reflection is important.  Not only does it help the victim of a wrong to put things into perspective, but it also teaches sensitivity.  This is something Jesus understood — that it’s just as wrong to induce someone to sin as it is to commit a sin.

Suppose you know someone with a drinking problem, who confided in you that he’s trying to recover from alcoholism.  You go out to lunch together, and perhaps you order yourself a drink.  On the one hand, you’re not the one with a drinking problem and so you shouldn’t have to restrict yourself because of someone else’s problem.  On the other hand, you know this person is only beginning to recover, and so the slightest temptation might push them over.  To restrain one’s personal desires is an act of love, here.  You don’t want this person to be tempted by watching you drink, so you make this sacrifice for them.

Where does the balance lie?  And how much of your own personal comfort should we sacrifice for the sake of others?

In the wake of the Harvey Weinstein media frenzy, the conversation has once again opened up the can of worms around relations between the sexes.  It needs to be said that sexual harassment is wrong.  Catcalling is wrong.  Belittling and objectifying someone for any reason, including your own sexual appetites is wrong.  These things need to be said because they’re important.  But if we’re honest, there are some women who welcome this kind of behavior.  Here’s the proof: that people like Harvey Weinstein are allowed to continue.  It’s not at all different from Pavlov’s dogs.  A man commits a certain behavior and is either positively reinforced or negatively reinforced.  A man does not continue with this behavior for decades if he doesn’t get some kind of reward out of it.  So you hear all manner of questions about what she’s wearing or how she acts and the like, and these questions get brushed off as excuses.

But I have to ask, how much of her own personal comfort should a woman be asked to sacrifice in order to not tempt those men who have this problem?  On the one hand, she’s not the one with the harassment problem and so she should have to restrict herself because of some random dude’s problem.  And let us be fair: a healthy number of men don’t have this problem, but a lot of them do.

It’s a disgusting balance.  Do we want to go back to the old Victorian days where the woman have to dress frumpy and cover themselves from head to toe because some men can’t control themselves?  Or was that even effective back then?  Some women dress provocatively, that’s a fact.  Do they deserve to be harassed by every guy they meet?  Of course not.  But she’s going to get attention.  Some guys are assholes, that’s a fact.  No, it’s not fair to blame a woman just because some guy can’t keep his mouth or hands to himself no matter what she’s wearing.  No, she’s not ‘asking for it.’  No, it isn’t fair.  But I do have to ask myself if there’s some element of “you may be weak but that’s your problem, not mine” at play.  And is that love?  Just how much of ourselves should we sacrifice out of love for others?

I don’t know, but Jesus died for us.