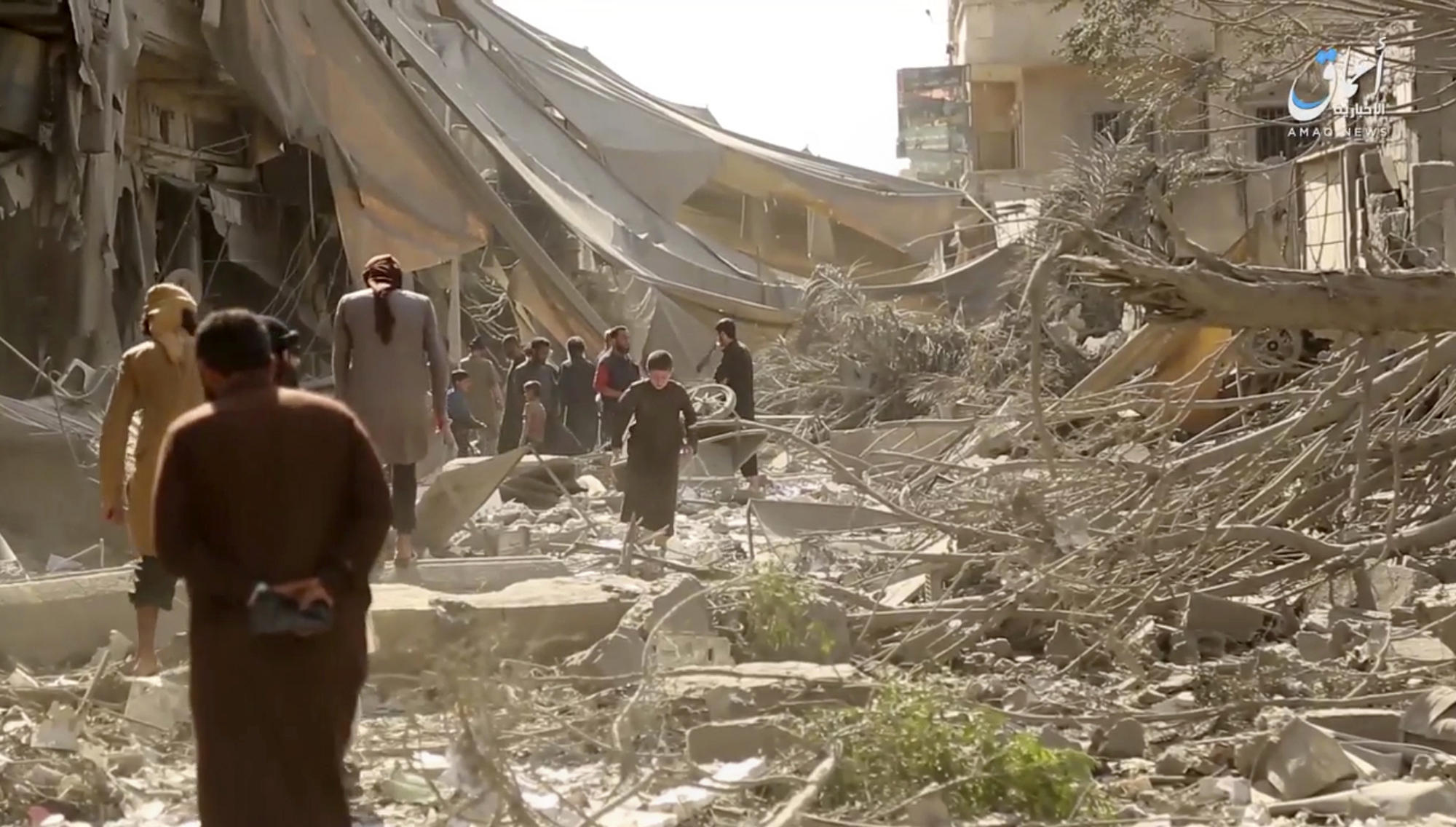 ISIS was and is a cancer upon the world that we’re better off without. We can remove it and that’s great, but if we don’t close the wound properly there will be opportunistic infection. The signs are already there.

So we’ve taken Raqqa.  How nice.

And while the guns are still warm, there is dispute as to who will run the place.  There is the Kurdish militia, the Free Syrian Army, and of course the Assad regime.  To put it another way, maybe ISIS is down but this conflict began long before ISIS, and will continue long after.  Or did we all think the brutality and evil that was ISIS was the only issue at stake, here?

What happens next will set the stage for the next few decades.  For context, let us take a trip to Afghanistan in the 1980s.

Following the Soviet invasion of Afghanistan, resistance fighters known as mujahedeen cried out for aid.  We responded.  In fact, there was one man in particular who’d donated generously to the cause and set up a resistance organization of sorts, Al Quaeda (the base).  He was our point man in that country, and his name was Osama Bin Laden.  Stories are told of how he personally drove a bulldozer under Soviet fire when everyone else was scared to do so.  He was our guy; he facilitated the distribution of arms and munitions, and largely through his cooperation, our support was effective in draining the Soviet Union of resources which brought the inevitable collapse of our arch nemesis of half a century.  In effect, we won.  We won because of close cooperation with an ally on the ground who we trained and armed, just like we trained and armed our allies in Syria.

Osama bin Laden was also our number-one fanboy.  He loved America.  He loved what we stood for.  He’d studied history and after learning how we poured massive amount of resources into rebuilding Western Europe following WW2, he’d hoped we would do the same for Afghanistan.

For twenty years, Afghanistan was ruled by an oppressive, violent, dictatorial regime, and was a training ground for the most devastating terrorist attack in US History at the hands of a man who had once counted us among his best friends.  And for the last sixteen years, the country hasn’t done much better; it’s still at war, still unstable, still impoverished.

We can debate the reasons we failed to rebuild Afghanistan.  Maybe the people there weren’t white enough.  Maybe we were war-weary after Vietnam.  Maybe Afghanistan just wasn’t strategically as important to us as West Germany and France were.  Who can say for sure at this point?

Now we come to Syria.

ISIS was and is a cancer upon the world that we’re better off without.  We can remove it and that’s great, but if we don’t close the wound properly there will be opportunistic infection — the signs are already there.  This requires an investment in infrastructure to rebuild schools and homes, to rebuild roads and bridges, and not just for selfish reasons, but because this is how you create stability.  It’s the right thing to do, but it requires leadership.

Now, look who we have as our president and ask: do we have that leadership?