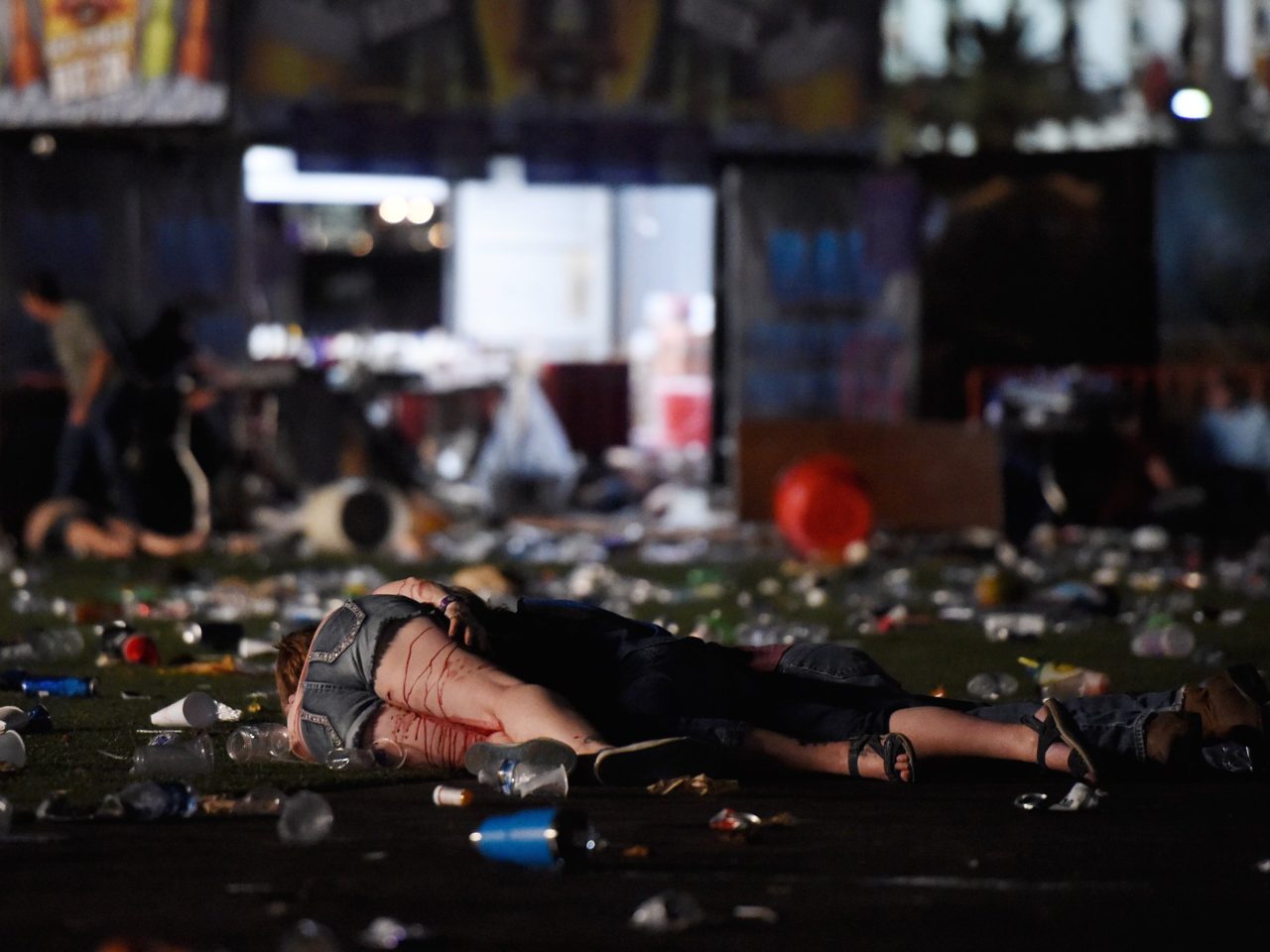 When we ask why, what we really want to know is how we're going to be exempt from the next one. But there is no exempt. This is normal.

I’m having a really hard time with this one and I’m not sure why.

I remember when I was in school and Timothy McVeigh bombed the government building in Oklahoma.  It was terrible, but it was so far away.  It wasn’t until decades later when my son was two, and I saw that picture of a firefighter with tears in his eyes carrying a naked two-year-old covered in blood when the tragedy of that massacre hit me.

I remember when two students shot up Columbine in Colorado.  I was living in New Orleans at the time, and had already finished high school.  I didn’t think much of it then.  Even after I watched that Michael Moore film, it still didn’t register.  It was so far away.

I remember when I first heard about the Sandy Hook massacre.  I watched the news unfold and I looked at my baby boy and my heart hurt.  I was where I am now, in Florida, and this happened all the way in Connecticut.  Besides, he wasn’t in school then.

I watched footage of a white truck driving through a crowd of people in France.  I saw pictures of bodies on the ground.  But that was France.

Last year, an asshole went into the Pulse nightclub in Orlando and murdered some fifty people, and that WAS Florida — just a four-hour drive from where I live.  But I’m not gay and I don’t go to nightclubs.  Sometimes when I’m at the grocery store I stop and think to myself: what if a shooter started going on rampage right here and now?  Where would I go?  What would I do?  How would I protect my kids?

I don’t know enough first aid to handle such a situation, and I don’t own a gun to shoot back.

I’ve never been to Vegas.  My dad and I used to drive through Nevada while we crossed the country to The Doobie Brothers back when I was a kid — we stopped in Reno once, there was this Basque barbeque place where the ribs were incredible.  Spicy, burned my mouth like crazy, but it was amazing.  I remember seeing the slot machines and trying to convince my dad to play so we could win some money, and he never did.  But I’ve never been to Vegas.

I don’t listen to country music, either.  It never appealed to me.  There are a few artists I like such as Rascal Flatts, Garth Brooks, Randy Travis, Lee Ann Womack, Johnny Cash, Shania Twain, Kenny Rogers, Taylor Swift and Faith Hill, and especially Dixie Chicks I love me some Dixie Chicks, but as a genre, country was never my thing.

I’m actually sitting here listening to, coincidentally, Ariana Grande.  She’s from South Florida.  I started listening to her right after that Manchester thing and tried to imagine how she felt.  It was her concert.

I never went to concerts much.  The last time I went to a concert was when Radiohead came to West Palm Beach.  We sat on the lawn far away from the covered stage and we were surrounded by marijuana smoke while the rain sprinkled down.  That was some years ago.  That was rock.

Eighty people were massacred at a rock concert in Paris two years ago.  I always imagined them sitting on the grass.  I saw the grassy area in the Vegas pictures, littered with water bottles and blood stains, and I wonder if there was a light sprinkling of rain.

And if it seems like my words are disjointed and disorganized, it’s because that’s how I feel.

Last night I sifted through one of those gallery articles, the ones that are just pictures, and saw the faces — selfies &mdash of people who were killed in Vegas the other day.  I saw pretty girls, handsome young men, old men, older women, people.  I saw images of people running while others were face-down on the ground unmoving and I cried.  I saw people, and it hurts.

I saw the video of the night, listening to the sounds of the automatic gunfire, ta-ta-ta-ta-ta-ta-ta-ta.  And I wasn’t even there.  Vegas is two-thousand miles away.

I don’t lock my classroom door — and I’m by the front, too, so if someone barged into my school with an AR-15, my room would be among the first.  I don’t have a back door or a window or anything.

Why did he do it?

Apparently he scoped targets in Chicago and Boston before settling on Vegas.  Boston… remember that one?  The marathon?

I know why I need to know why he did it.  We all need to know, and I know why.  It’s for the same reason why it’s important I’m not gay and don’t live in France or go to nightclubs and never went to Virgina Tech and don’t use Uber and don’t go to movies in Colorado and don’t live in a D.C. sniper spree and never been to Ft. Hood and won’t be sending my kids to a summer camp in Norway and never got used to seeing the twin towers of the World Trade Center every day and if we would only stop oppressing people in the Middle East they might stop bombing and killing us and most of these killers had nothing to do with ISIS or Al Qaeda and I don’t frequent black churches or Sikh temples and there is no motive and what the fuck do I do now?

I’m searching.  I need a motive.  I’m searching, grasping desperately for some reason, some tangible piece of evidence that my family will be exempt from the next one.

Good God, there’s going to be another one. But there is no exempt, is there?

And if I survive, why?