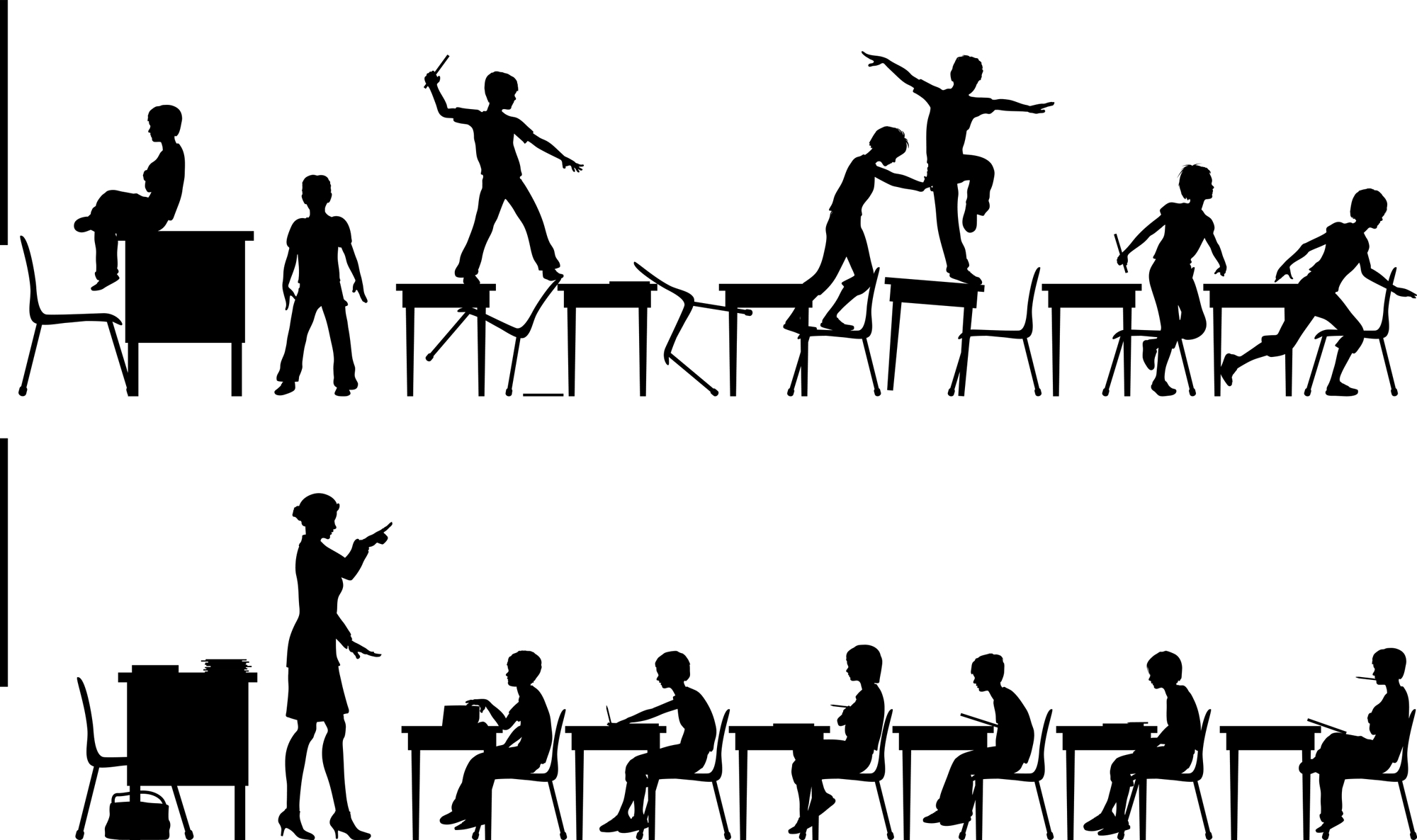 For many students, they won't challenge themselves. I have to do that for them.

This last Friday ended the second week of my experiment on Inquiry Based Teaching, and it was a challenging week.  For those unfamiliar with my previous post on this topic, here it is.  And as with all things worth doing, there come obstacles.

To be clear, the traditional model that has students sitting down quietly facing forward and listening as their teacher disseminates knowledge for hours is the expected norm.  It’s been so utterly ingrained that the students expect it as much as the parents, other teachers, and administrators.  One colleague advised me this week that I should watch out; as I had to leave early one day, someone else covered my class for the last hour.  Apparently, some of the kids told her that I don’t teach.  And I’ve seen this before.  When an administrator or district big-gun walks into the classroom, what they expect to see is the teacher standing in front of the class teaching while the students sit, quietly listening.  Because anything less is not teaching.

The irony in this is a little buzzword we educators like to throw around called differentiated instruction.  Differentiated Instruction basically means you’re targeting your teaching to different students according to their appropriate levels.  The advanced kids get advanced stuff to work on, while the remedial kids get remedial stuff to work on.  You’re expected to differentiate, and they ask you about it in the job interview.  The problem with this lies with the fact that it’s impossible to do under the traditional model.  Put simply, if I’m expected to stand in front of the whole class and teach, how can I say one thing to one group of kids and something else to another group?  More to the point, it’s expected that they’re all going to be on the same page.  Indeed, gradebook systems don’t readily support any kind of differentiated work assignments for different groups of students.  The realities on the ground are that there isn’t time to adequately differentiate instruction under the traditional model.  I get half an hour of planning/lunch/bathroom/callbillcompnany time each day and that’s it.  In the end, differentiated instruction is nothing more than a buzzword we throw around to sound important.

There is one thing about Inquiry Based Teaching that hit me in the face like a bus this week, and that is it’s a tremendous resource hog.  The way the strategy works is that students are encouraged to explore.  But if there’s nothing to explore, they become idle.  And this past week, I have seen just how quickly a curious child can exhaust interesting resources.

That’s one thing the traditional model has going for it: it works in scarcity.  You have a textbook from the district and you assign pages for them to work out of.  The textbook lasts the whole year, and if you have nothing else, you still have the textbook.  Attempting the Inquiry model amid scarce resources is like having a pet bear and trying to feed it a cup of dry oats each day.  It just doesn’t work.

I went to the public library and checked out about a hundred pounds of books.  I was smart, too: the first assignment I gave my students was to write down ten things they wanted to learn about this year, so I already had a pretty good idea of what to look for.  I cross my fingers.

I’m going to ask you one simple question: would you like to learn a new skill?  Foreign language?  Do some art?  Crafts maybe?  Get in shape?  Write that book you’ve always wanted to write?

Of course you do.

Now don’t lie.  Just a quick show of hands, how many of you (among those who would like to learn new things) have recently sat on the couch and binge-watched some new show, sifted through social media posts, or spent hours doing absolutely nothing productive instead?

Adults.  We have the time, we just don’t use it.  And we pass this on to our children.  We can debate the reasons.  Some may say we teach our children to hate learning and this stifles their natural curiosity.  That may be true but no matter, because some of these kids need to be pushed.  A lot.  It’s very easy to reread the same story they read the day before.  It’s a little more difficult to try out a new one.  It’s easy to fold paper airplanes and throw them around, but to write up a scientific experiment looking for the optimal way to design an airplane for distance and lateral stability and writing it up in a way that the experiment is replicable takes effort.  It requires thought.  Under the traditional model, all that thought is done for them, but under Inquiry, that requires initiative, and for many of these kids, initiative is a completely foreign concept.  Going back to my earlier comments on cultural obstacles, these kids have grown up in a school system where they’ve been told what to do.  They’ve never been asked what they want to do, and they don’t know what to do with themselves.

Inquiry Based Teaching requires constant supervision and prodding.  Under the traditional model, I can teach a lesson and tell the kids to do some seatwork for twenty minutes, which I will then grade and complain about how they still don’t get it.  The benefit, though, is that I get twenty minutes to plan future lessons and/or grade papers.  With the Inquiry model, because every kid is on a different page, I’m constantly on my feet checking out what they’re doing and providing suggestions to each.  And many of them will not challenge themselves, so I have to do that for them. I don’t get a minute.

Being constantly aware takes herculean energy on my part, as it’s a matter of keeping track of which assignments get assigned to whom.  As to how to fit a dozen different assignments into the gradebook and have each one apply to only one child is tricky.

Here’s my solution.  Each day, the kids come in and the first thing I ask them to do is to write in their agenda a list of things they plan to do in class that day.  I demand these goals to be specific, measurable, doable, and enough to justify the hours they’re with me during the day.  Anything specific to that child is something I can put in their agenda as well.  Now in theory, the act of planning one’s day should intrinsically motivate the kids to want to complete these goals, and for many, it works.  It works well.  For others, I’ll see goals like “read,” or “learn something.”  Or my favorite, “read xyz book” that they left at home — and how do you plan to read a book today that you left at home today SMH.  So what I’ve done is to have one-on-one meetings with each student on Friday and give them a grade on their agenda alone, based on how good these goals are using the aforementioned criteria.  This week, I’m looking to see if it will have an impact.

Michael Patrick Lewis is a teacher, and bestselling author of Edge Of God.  You can also find him on Twitter @fakeMikeLewis.