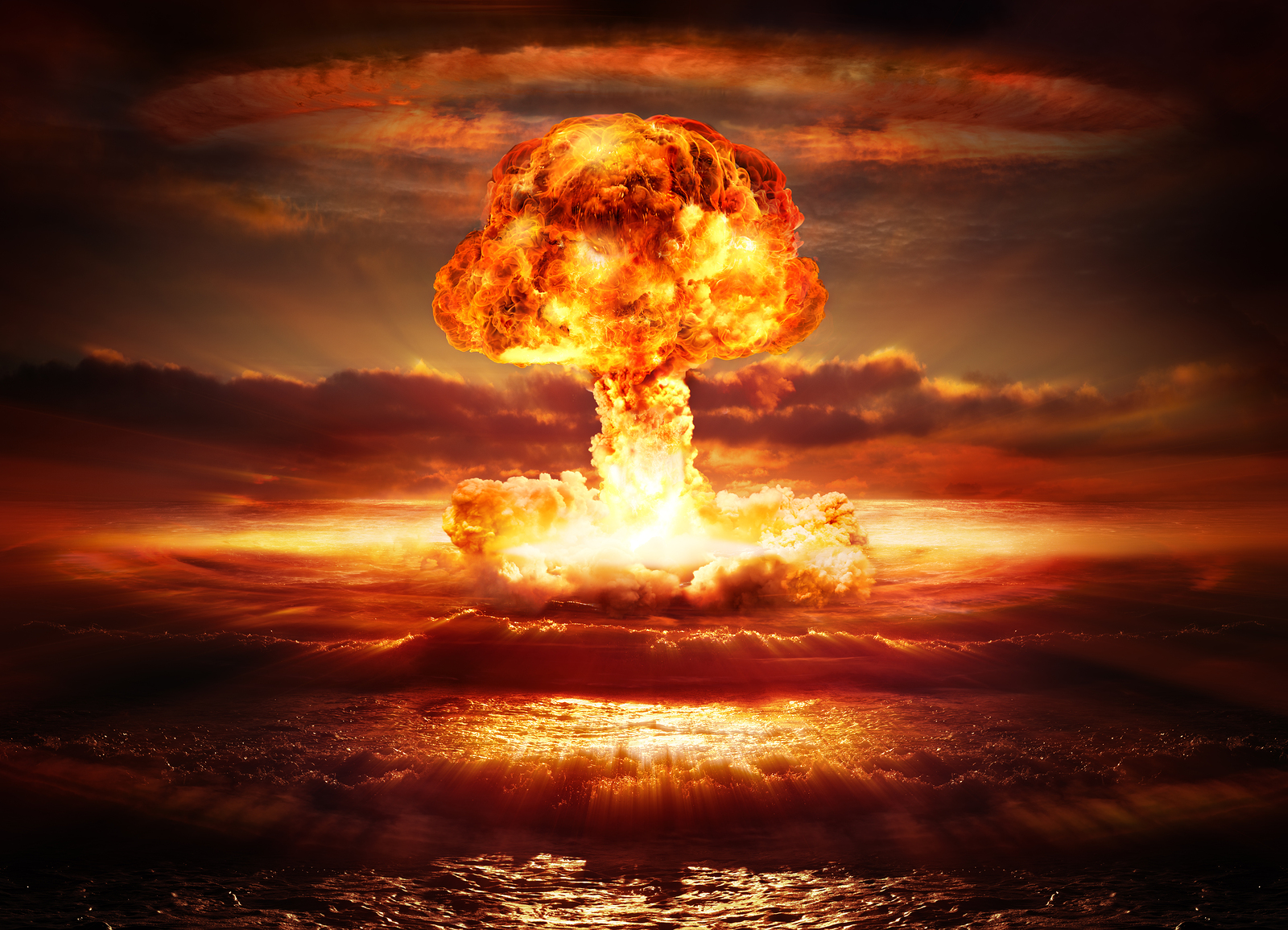 With all the news coming out about the horrors of the corrupt and evil KimJong Il regime in North Korea, it starts to sound like it would be some humanitarian thing to just invade and get rid fo the guy. But is it?

What’s the use in being better if we don’t do better?

Do we have a fundamental right to decide who gets to develop nuclear weapons? Or, how is it not a gross hypocrisy to tell other nations they’re not allowed to, while we not only hold the deadliest nuclear arsenal, but continue to develop these weapons ourselves?

We could talk about North Korea, or to a lesser degree, Iran. We call them rogue nations and isolate them with sanctions, inspections, and so forth. And in all actuality, with the state of modern warfare, the process of developing nuclear weapons is wasteful and fruitless beyond measure. They’re impossibly impractical on the battlefield, and strategically useless. Mere use of such a weapon in today’s world would create such an international backlash that it amounts to basically a murder-suicide. In theory, the only use they have in terms of foreign policy is as a diplomatic chip – a chip which itself creates more problems than it solves. South Africa understood this years ago, and dismantled their own nuclear arsenal.

The ability to massacre millions of foreign non-combatants in a heartbeat is, in a word, obsolete. The US military understands this, hence our own nuclear program has all but abandoned the ‘big ones’ of our fathers.

Let us suppose that Kim Jong Il decides to launch a weapon against a major US city. Maybe we can shoot it down, maybe not. But then what do we do? Do we retaliate?

Should we send missiles across the ocean to slaughter millions of North Koreans who already starve under their brutal dictator? What would that accomplish? Most likely, Kim Jong Il would still be alive and in charge even after we vaporize half the slaves who toil under him. So then, what use do we have for these weapons in the first place?

In reality, Kim’s nuclear ambitions have less to do with threatening foreign governments than gaining propaganda to augment control of his own people. After all, you can’t have millions of people starve after being forced to work seven days a week without having something to show for it.

But if I read the news, it certainly seems like invading North Korea to get rid of this evil man is a great idea. Not only does he threaten us, but he’s so cruel to his own people. I read news about how he has his own pleasure squad whereby he takes girls from their lives, schools, families, and makes them into his own private, state-sanctioned harem. There’s news about “forced volunteer” work days, about massive shortages of food and other resources, about constant state propaganda, and so on. You can watch interviews of people who put their lives at risk to leave — just trying to leave the country is a capital offense. It begins to sound like invasion of North Korea would be a humanitarian effort.

But let us be honest. If we were to invade every country ruled by a despotic narcissist who abuses and murders his own people, why should we stop at North Korea? Who decides which dictator is allowed to continue, and which one is not? And who made us World Cop?

Surely, to invade Russia and liberate her people from the yoke of Vladimir Putin would be a humanitarian effort. Or perhaps we should get rid of Jacob Zuma; he’s a dictator cut short only by the court system of South Africa, or perhaps we need to oust Erdogan, or Museveni while we’re at it.

And if the talk is of Kim’s ability to reach the US mainland with a nuclear weapon, why is Russia still around? After all, Russia is ruled by a corrupt, narcissistic dictator who brutalizes and suppresses his political opposition, and who possesses the ability to nuke us. Yet no one talks of how or whether we even should get rid of Putin, despite the fact that Putin has exercised far more aggression than Kim ever has. Kim has words, Putin has deeds.

So then, going to war in North Korea can’t be about humanitarianism, else we would play World Cop everywhere else. And it can’t be about neutralizing a threat to the US either, else we should attack Russia on those same grounds.

So why North Korea, then?