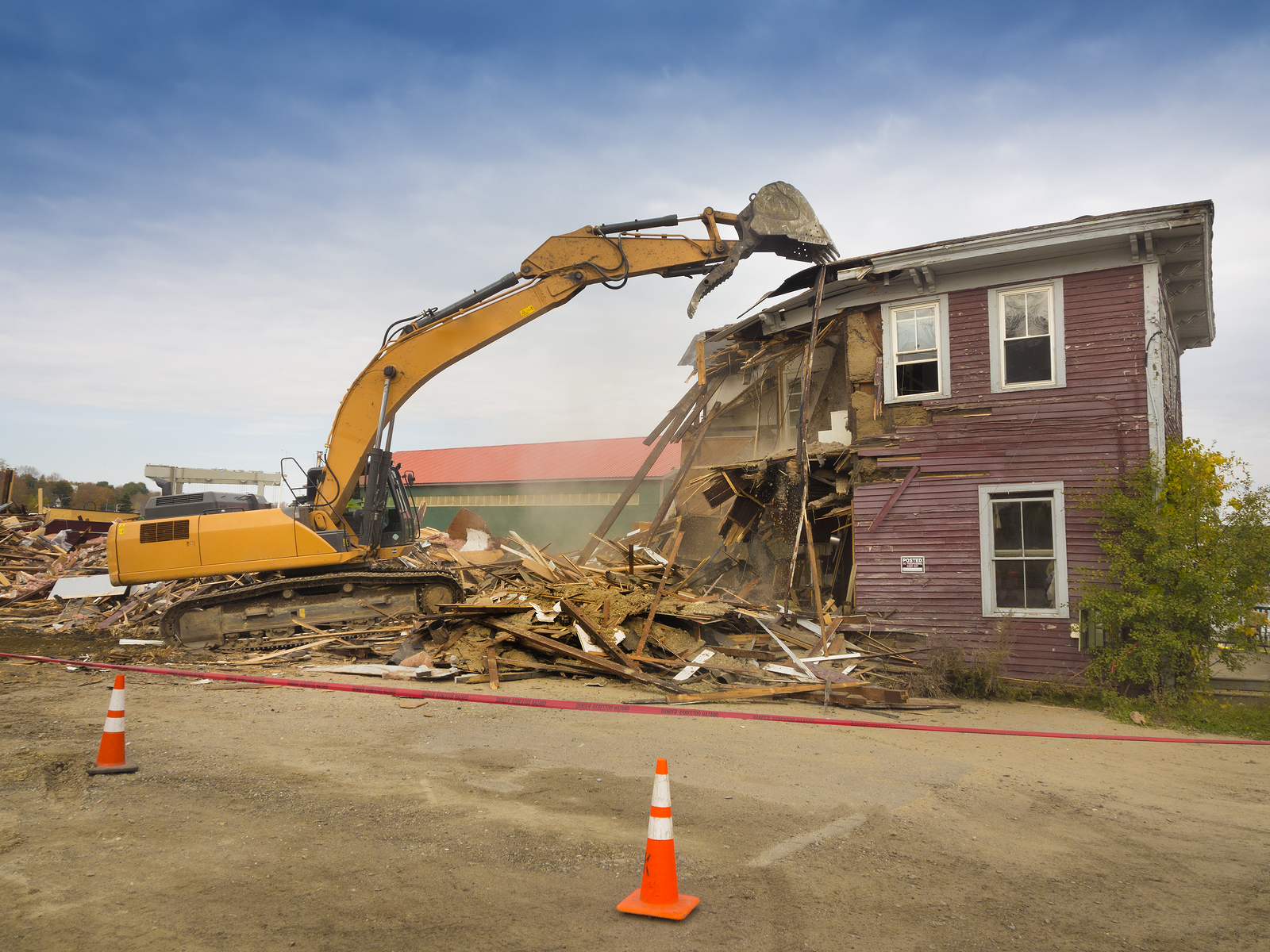 Oh, that was your home there? Sorry, I need a new parking lot for my casino.

Eminent Domain, or condemnation, is the name of a legal process by which the government can force you to sell your property on the grounds that it’s needed to serve a public good. Generally, the process is used to obtain rights of way for roads, bridges, and utilities, or if there needs to be a new firehouse, school, or something else along those lines.

When I first learned about eminent domain abuse, I was appalled such a thing existed. I felt, as many do, that if something is yours, it should be yours. That the government can just come along and take it left a sour taste in my soul.

But let us ponder exactly what it means to own something. In the most primitive sense, to own something is to have the power to prevent others from taking it. This doesn’t always work, especially when the other caveman is bigger than you are. So, we have this thing called government, which modifies the way ownership works. In a sense, the government is supposed to uphold the idea that ownership of a thing is the exclusive right to use or permit usage of that thing, and to enforce this idea with all the power and means at its disposal. And since other laws prohibit certain uses of force, it creates a situation whereby the government is the exclusive grantor and guarantor of ownership.

Not ideal, but it’s an improvement over the bigger-caveman model.

Back in my twenties, I worked as an intern for the Broward County Real Property office, where I got a detailed view of how this process works. There was one case where county needed more office space, and there was a dentist who for forty years had an office in the spot they wanted to expand into. They first contacted the dentist and asked if he’d be willing to sell, and if so, how much he wanted. He came back with a price they felt was too high, and made a counter offer. The county hired an appraiser who said the place was worth so-much, and the dentist hired another appraiser who said it was worth a different number. This went back and forth until it went to court, at the end of which the dentist ended up getting the price he was asking for.

As with all things human, however, anything with the potential for abuse will get abused. The first issue with eminent domain abuse is the question of what constitutes a “public good.” The United States Supreme Court 2005 ruling, Kelo vs City of New London, decided that public good included such a thing as “economic development.” Donald Trump was and is a huge advocate for this ruling, often talking vociferously about how development projects such as building a parking garage for his casino raise property values and create jobs. Other projects include taking people’s homes and small businesses to build a luxury condo, a shopping mall, or perhaps a Dakota Access Pipeline.

The second major issue with eminent domain abuse, as with the dentist in the earlier example, is this question of what constitutes fair market value. The term is subjective, at best. Some have the resources to hire a lawyer and appraiser to fight on their behalf, but many do not, and end up with whatever crumbs the developer decides to throw at them. Others simply don’t want to sell. If it’s a family home or a small shop that you’ve built and lived in for decades, that’s your home. That’s your life, and fair market value doesn’t reflect the real value it has for you. Or worse, if you’re not in a position to buy a new property because there’s a heavy outstanding mortgage principal on it, fair market value doesn’t do anything for you – especially if you’re upside-down on the mortgage.

No, the developer just takes it in the name of economic development, and you’re screwed.

Eminent domain abuse is perfectly legal, by the way, and it’s happening across the country.