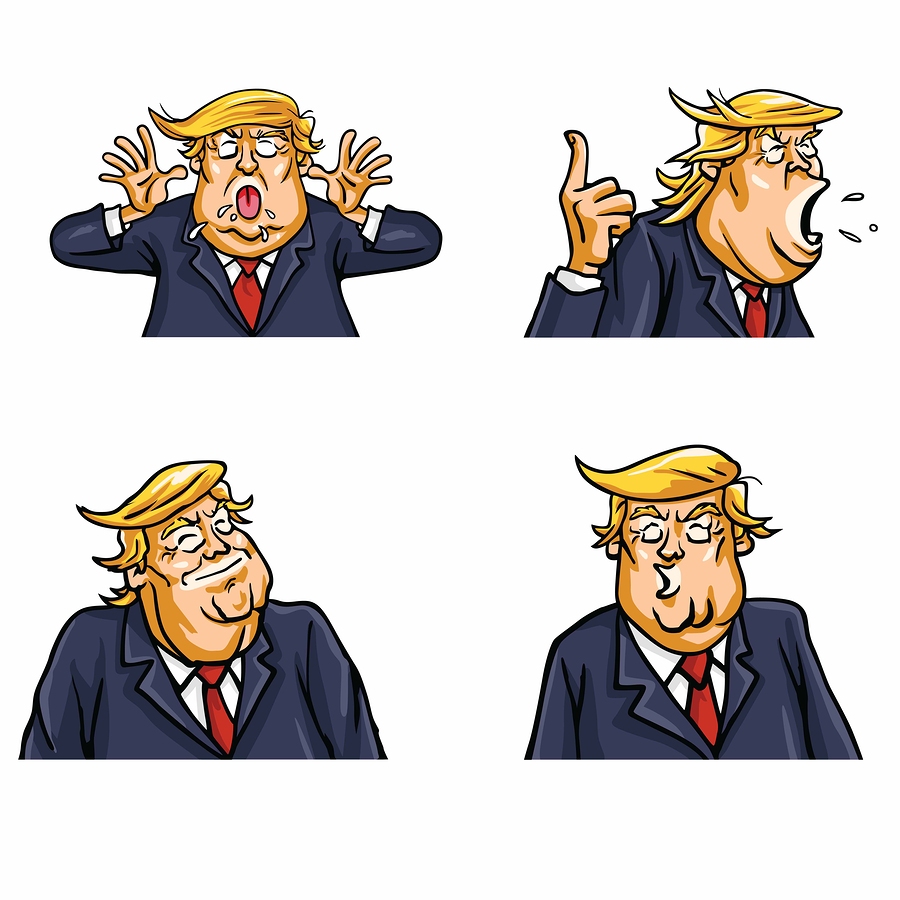 Everything about the man is a lie... everything. Yep, that, too. Even his lies are lies.

Follow me down this rabbit hole, for a moment.

I remember watching this thing unfold and my mind went back to that old line from George Carlin, speaking in reference to Bill Clinton, and how he won the election.

“We like our bullshit right out front where we can get a good, strong whiff of it.”

Every single thing he said on that campaign trail was a flagrant, out-and-out lie. And us liberals thought that would work against him.

But here’s the thinking, or so I’m thinking: all politicians lie. At least in the conservative mindset, politics is a game of lying to people. Trump lies obviously, about EVERYTHING, so at least he’s honest about being a liar. Hillary, by contrast, doesn’t appear to be lying. But she IS a politician, and all politicians lie, so therefore she’s pretending to not lie, so obviously, she can’t be trusted.

But what if it’s actually true?

Over the ‘first 100 days,’ his presidency has appeared as a debacle of debacles. He seems unstable, inept, incompetent. To any objective observer, Trump is, has been, and will continue to be, a complete, and total failure as a president, as a leader, as a father, a husband, as a businessman, indeed, as a human being, and the only thing keeping him together is the perpetual series of lies he tells the world, hoping if enough people believe his fraud, it might come true. In a very real sense, such a person would be dangerously unpredictable and unstable.

Such a person might just take us to war in places like North Korea and Iran, out of desperation to achieve some degree of success after his failed health care reform, failed immigration policies, and failed… well… everything. Desperate people are even more desperate and unstable.

The kind to pretend to bomb airfields in Syria and anger the Russian bear, or advertise big, giant bombs in Afghanistan. Or bring the navy teetering dangerously close to nuclear war in Korea.

And what if it’s all a charade for these foreign powers to force them to the bargaining table, but for real this time?

Maybe it’s just me, but I’d be wary of negotiating peace with the psychotic, unstable narcissist who replaced the solemn, dignified, constitutional lawyer.

At least I hope that’s the plan, anyway.

Screw it, let’s give him a shot. If it works, let me be the first to pay the man some respect.