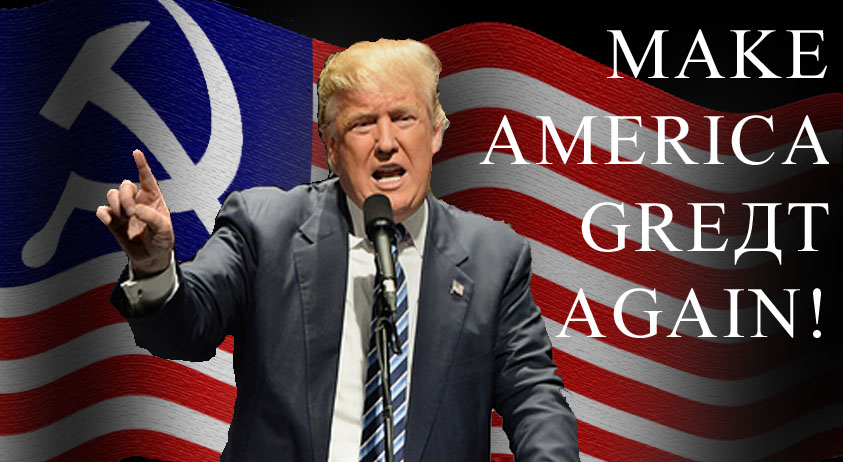 Trump is a habitual liar, don't forget that. This new interest in Syria is nothing more than a step in the plan of the military-industrial complex, of which Trump is a darling advocate.

I knew that history repeated itself, but why does it feel like the cycle is so short?

It feels like only yesterday we were blatantly lied to by our president, so that we would become outraged and want to go to war in the Middle East. That’s the military-industrial complex, for you.

My first question: does anyone actually believe Bashar Al-Assad gassed his own people? Ok, he’s a bad dude and the Syrian people would be better off without him, but the world is full of bad dudes. I remember when this happened about two years ago, and I was appalled that someone would gas their own people. Now, I’m beginning to wonder. At the time, Assad had said the gas attack was done by his enemies, who made it look like he was responsible. As of today, I’m starting to think he was right.

Studies have shown that if you repeat a lie often enough, no matter how outlandish, people start to believe it. It’s the same tactic in brand marketing – bombard your audience with the same message over a prolonged period of time, and they will start to believe it involuntarily. So, in theory, this older story could have been part of a broader strategic objective to remove Assad from power: set him up as a gasser, and repeat that narrative until everyone believes it. It’s the exact same tactic Trump used to win the election.

In truth, Assad has nothing to gain from doing this. Nothing. His hold on power is tenuous, on a good day; the last thing he needs is an international consensus to get rid of him. And if you’ve been watching him over the past few years, you would know he’s smart enough to not do this. Remember Saddam Hussein? He was a gasser. It fit the profile, was consistent with his character, yet even he figured out the importance of playing nice towards the end. Assad is both less brutal than Hussein, and more intelligent.

Why would anyone believe what he says about Syria?

My next question: does anyone believe Trump gives a crap about the victims of the attack?

Trump cares about Trump. This man is over seventy years old; he’s seen his share of atrocities, from growing up in the shadow of the holocaust, to famines in East Africa, to the Vietnam War (which he lied to get out of). Trump has shown a remarkable lack of empathy to all of the people he’s cheated, such as the students at his bullshit “university,” to the contractors he’s snubbed, to the illegal immigrants who work as slaves at his “modeling agency,” to the women he’s abused through the pageants. The very essence of the man is to hurt others for his own gain, and then boast about it. That’s what Trump does; that’s what Trump is. The war in Syria has been going on for years, long before Trump decided to be moved. Being moved by images of dead children just isn’t consistent with everything else he’s shown us, and that’s a fact.

Moreover, it’s impossible to overlook the convenience of it all. His presidency has been a total disaster so far, bomb some people in the Middle East, and suddenly he’s a great leader. During the campaign, he swore up and down he wouldn’t get involved in Syria, now he’s all up in arms over it. The fact is, Trump has revealed himself a swamp monster, and a darling of the military-industrial complex if there ever was one – just look at his plans for military spending.

Obama wanted to get rid of Assad, too…

Michael Patrick Lewis is a teacher, and bestselling author of Edge Of God, and Preferred Rewards. You can also find him on Twitter @fakeMikeLewis. He is not, however, part of the military-industrial complex.