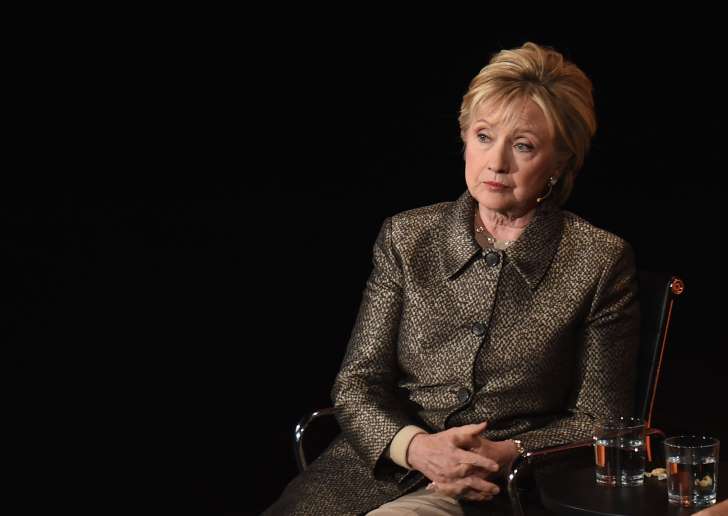 That's not why you lost the election, Hillary.

Recently, Hillary Clinton gave an appearance in which she explains the four main points of why she lost the election, all of which were outside her control. These are:

On the subject of Russian meddling. Let’s be honest; your camp meddled in the primaries because you were afraid of Bernie Sanders, and then you meddled in the Republican primary because you thought you could beat Trump. But when your meddling came to light, as Wikileaks confirmed what most of us already knew, rather than distance yourself from the affair, you went and hired the woman responsible? In other words, you had no problem subverting the democratic process to win. As far as Russian interference is concerned, I only care if it gives us grounds to impeach that narcissistic oompa loompa. As for you, boomerang.

On the subject of Comey. Can you count how many freebies you were handed on behalf of your opponent? From the Billy Bush tape to Trump University, to just about everything that came out of his mouth, every story coming out of the news was how badly Trump just got screwed by the latest reveal, and how badly it hurt his campaign. Like it or not, we Americans judge our politicians on their ability to withstand bullshit. Trump withstood, you did not.

On the subject of misogyny. The US is part of a western culture that has seen female heads of state in the UK, in Germany, and elsewhere. To my knowledge, there’s nothing particularly misogynistic about American culture over and above that of Germany and Britain (or even Pakistan). More to the point, yes, there were lots and lots of people who refused to vote for you because you’re a woman, but those were offset by the masses of people who voted for you for the same reason. To call the analogy, millions of people voted against Obama because of his skin color, and millions more voted for him, for the same reason. Offset.

And now, Wikileaks. And here’s what I can’t seem to figure out: why is it that a source reveals some shit going down, and the problem is the source that revealed it. That’s like saying there wouldn’t be police brutality if people just put their phones down and stopped recording it. No, the problem is the shit going down. The problem for you is that the internet is a cesspool of information – some good, mostly bad – and until people like you can learn to control information the way Trump’s team did, you will continue to lose battles like this.

As with all failures, the temptation to blame external causes is strong. The team that lost the game suffered injuries… but they still lost. We typically have more respect for the team that wins despite injuries and setbacks. In your interview, you stated there were things you could have done better; let me help you.

You failed to reach out to anyone. Watching you, it felt like you were reciting a script rather than trying to reach out to people. You presented yourself less like a passionate fighter for justice, but rather more like a product who got her opinions from a focus group.

Every candidate has mountains of opposition, and we expect our politicians to rise above. You didn’t rise above, and you lost.