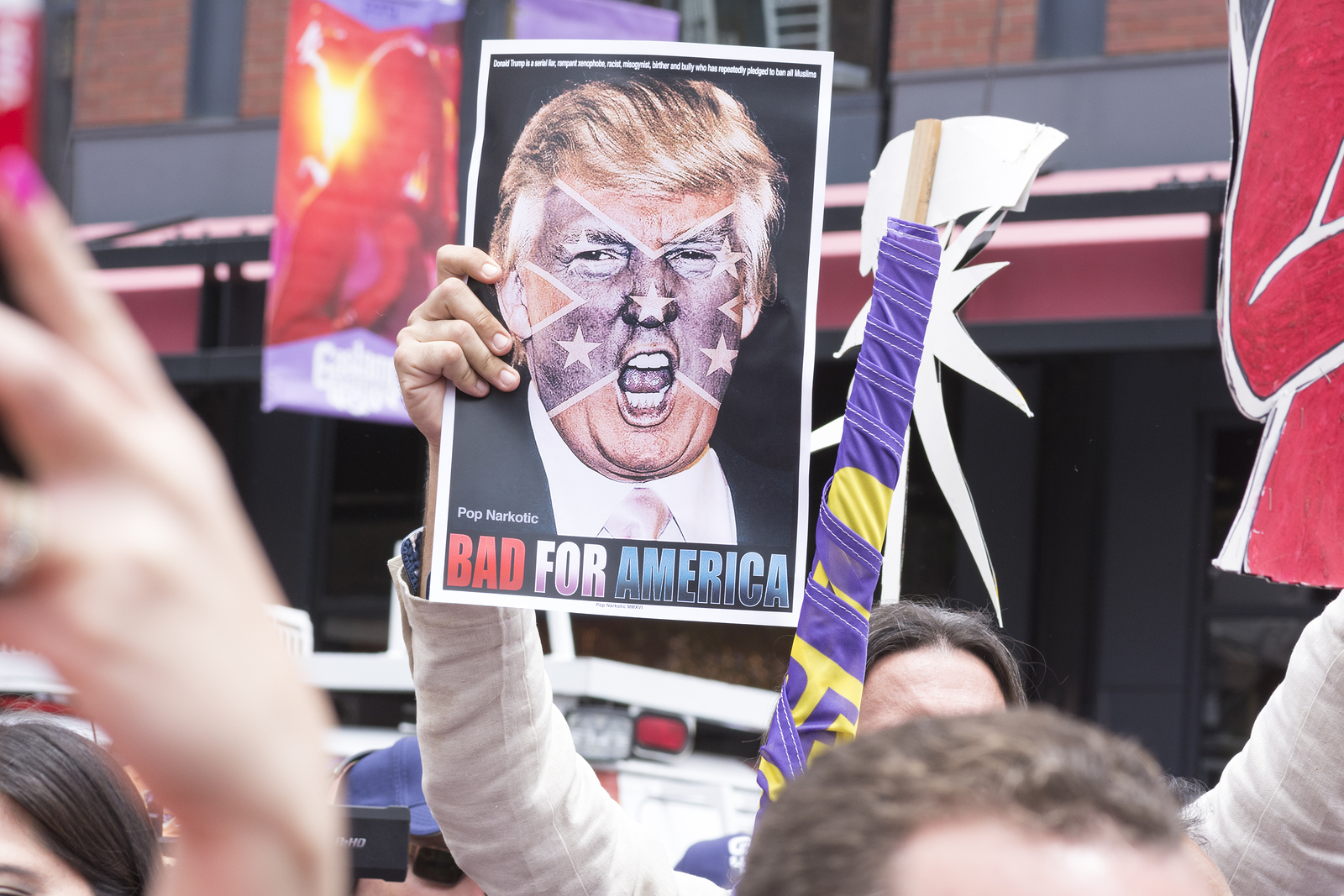 To fight the Trump inferno, it's time we fight fire with water.

A fool once said, fight fire with fire. Then, someone even more foolish repeated it. But ask any firefighter, or anyone with an ounce of common sense how to fight a fire, and the answer will never, ever be use more fire.

Liberals, progressives, and human beings with some degree of decency have been up in arms at our new president, and for good reason. Donald Trump has declared war on basic common sense, and he’s opened up this war on all fronts. It’s important to keep up this fight, else we will end up losing more than we already have.

You don’t fight fire with fire; you fight fire using its polar opposite: water. Donald Trump is a serial liar, a consummate con artist. He is defined by dishonesty and deception. If he tells you the sky is blue, it’s most likely overcast. When, then, is the elemental, polar opposite of lies?

We need to be vigilant in calling out our own lies. Someone posts a meme about Trump or an article about something he says, we liberals need to fact-check that with the same veracity with which we fact-check the man himself, and report it as false just as readily. We have no right to claim any kind of moral authority over truth and go debunking ‘alternative facts’ when we engage in the same behavior. This is hypocrisy, and we need to do a better job holding one another accountable. As the fire burns in one house, you don’t go starting other fires, else you’ll burn your own house as well.

A fire needs something to burn. Something fuels it. You fight fire by taking away its fuel. The fuel of the Donald Trump Express is his ever-present need for attention. And he gets it; he could tweet about his poo, and it will get blasted on repeat on every news station and outlet all over. Every time I see that, I think two things: 1) that’s Trump being trump, and 2) why did you waste valuable airtime posting an image of that tweet? To be clear, half the asinine shit he says is just not worth repeating. More to the point, Trump needs to be at the center of that attention. He creates a public feud between himself and CNN and the NYT, and of course they blast him, and rightly so, and yet because they repeat Trump Did This, Trump Did That, Trump Said This, everywhere, he comes out burning hotter.

Rather than focus on the man, we can focus on dealing with the damage his actions bring about. For example, the Dakota Access Pipeline. This is something we can fight. Take that same thirty-second bite in which you effectively re-tweeted Trump’s idiocy on cable news, and instead use that to remind people the fight over clean water has renewed. Just an example.

Finally, you can fight a fire by suffocating it. A fire is at its very basic level, a chemical reaction in which high temperature acts as a catalyst to combine a hydrocarbon with oxygen. Water reduces the temperature, thereby diminishing the catalyst. The hydrocarbon is the fuel source; without it, there’s nothing to react. But if you remove the oxygen, there’s nothing for the fuel to react with, and the fire dies just the same.

The air feeding into the Trump inferno, is the theocratic conspiracy which has come to dominate the republican party. This movement purports to be Christian in nature, but in reality, is anything but. This particular reactant has been a cancerous menace in our country for years, and it’s lately gotten worse. Nothing these people stand for seems to have anything to do with the Lord and Savior they claim – which essentially means they and Trump are one and the same.

How do we remove this threat?

By doing the very opposite of what seems intuitive. There are those who seem to think that you can rationalize with these people using evidence and facts. But ‘faith’ is not based on facts or evidence, and ‘faith’ is the currency these people deal in. Not faith in Christ, of course, as that would involve the fact of what he actually taught, or at least the evidence thereof, but rather a blind faith in the idea of Christ, as presented by the local mega-pastor. No, to understand this movement, you must deal in their currency. That means reading the Bible and understanding what it actually DOES say, and what it means.

While that’s a thesis unto itself, I leave you with one example, the notorious ‘literalism’ argument. It goes like this: the Bible is the complete, literal truth. The Earth was created in six calendar days, Adam was nine-hundred years old, and so on and so forth. Now, the cornerstone of this belief is this verse:

All Scripture is God-breathed and is useful for teaching, rebuking, correcting and training in righteousness,

The logic goes as follows: since it was God who wrote it, it must therefore be infallible. Rather than shake your head and become discouraged, simply point out the obvious exclusion and use a counter-example that does not diminish their faith, such as this one: Jesus taught in parables, or, using metaphor. He did this because metaphor (emphasis: non-literal stories) can be very useful for teaching, rebuking, correcting, and training in righteousness. By His example, a story need not be literal to be God-breathed and infallible. To further drive that point, Maimonides, a Jewish scholar of the 12th century (who predated Charles Darwin by over 700 years), observed that there are numerous stories in the Old Testament, especially Genesis, which can only be understood from a metaphorical point of view, or only make sense as metaphor.

Michael Patrick Lewis is a teacher, and bestselling author of Edge Of God, and Preferred Rewards.