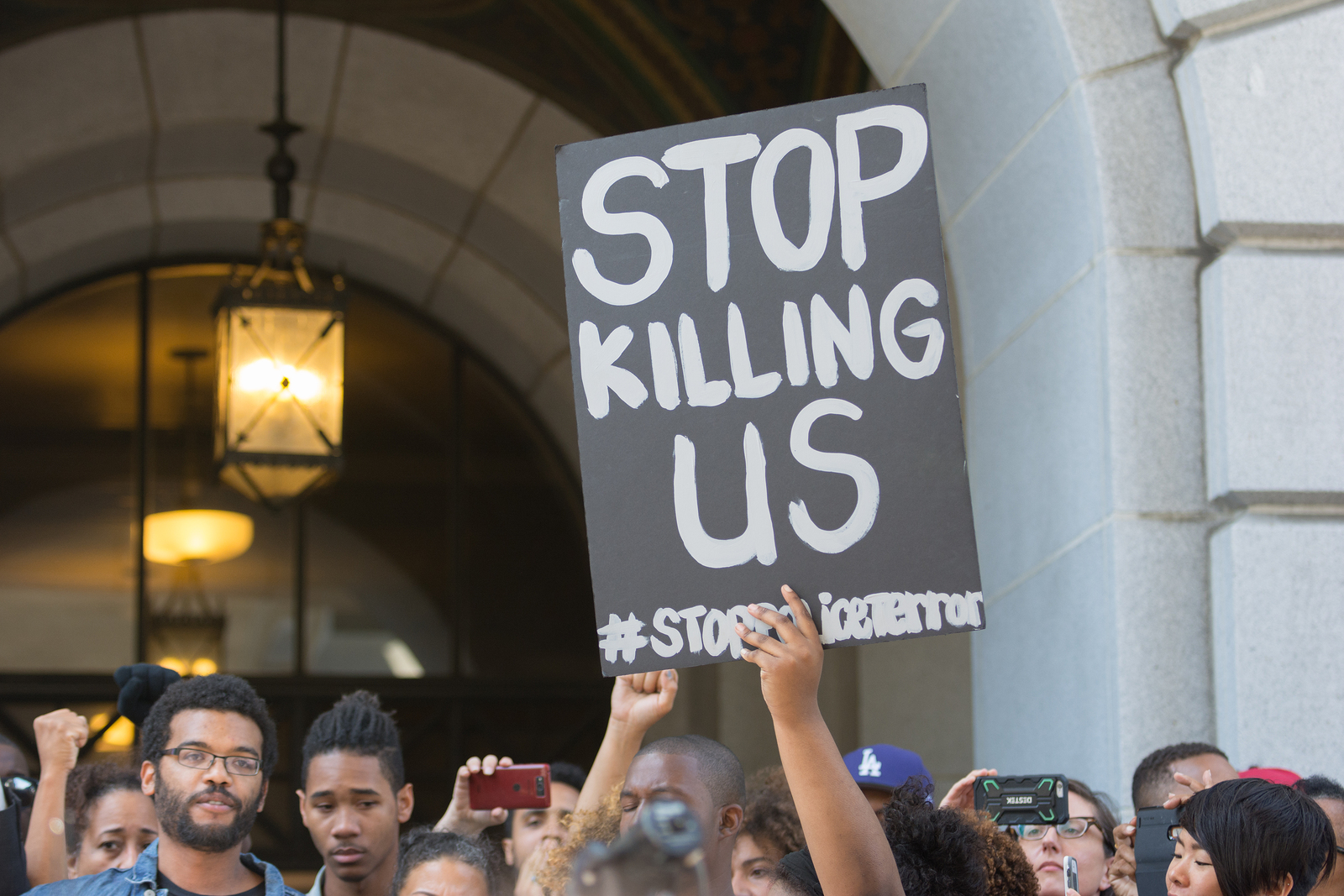 In case you don't remember why we say Black Lives Matter

What is Black Lives Matter? Why do we say, #BlackLivesMatter?
We don’t believe that police are inherently racist. In fact, we don’t believe that police are any different from any other profession. Yes, there is racism out there, and we don’t think that police are immune from it, as there are racist cops. Without doing any numbers, I would guess that the proportion of racist cops is roughly equal to the proportion of racist people in general.
No reason to suspect otherwise.
To be sure, to say that ALL cops are racist because some are, is akin to saying that all white people are terrorists because some are.
Now obviously, it matters because when you have, say, a dishwasher at the restaurant you’re eating at is a flaming racist, it doesn’t affect you much. “Just get the ketchup off the plates,” and move on with my life. Or if I go to buy a movie ticket, and the cashier makes some racial slur, I could complain to the manager, probably get the clerk fired, or just go to another theater. But if the racist is holding a badge and gun, obviously, that’s a problem.
But it’s not even about that.
We seem to have this thing in the US where we’re supposed to trust the police. The police are people you can go to when you need help. If you’re in trouble, call the police. They keep you safe. They protect and serve. We have this underlying need to believe that police are these benevolent heroes who save the day and risk their lives to protect us and keep us safe from bad people.
But the truth is, police are human beings. Like all other humans beings, prone to human flaws.
Let’s compare thee to an auto mechanic. Or a lawyer. One can safely assume, based the volume of jokes running about, that lawyers and auto mechanics are people we don’t put a lot of faith into. We demand accountability from people in those positions. Politicians regularly like to call for teacher accountability. These are people we entrust our children into. Politicians, too, require a constant over-the-shoulder looking, else they’re going to spend our hard earned tax dollars on private parties and hookers.
So how come it is that we can’t trust a human being to look into why our car is making that noise and give us an honest price, but we can trust a human being holding a gun to not mistake us for the bad people?
And let’s be blunt: a cop can fuck your life. Big time. One arrest on some bullshit charge, can put an asterisk on your whole career and livelihood – and that’s assuming you don’t get shot. That kind of thing goes on record, and will get called up every time I apply for a job, even if it’s expunged. Unless you got shot, in which case you don’t have to worry about anything anymore.
Yet for some reason, when a cop gets into trouble, we sweep it under the rug. Pretend it’s not there. There is no charge, no indictment, no record, and at the end of the day, someone gets shot because the bad apple gets shuffled around from barrel to barrel.
This has been going on for decades. But why hasn’t it been brought to attention?
Because it’s mostly black people who get shot by corrupt cops, so therefore it’s not a problem.
Because black lives don’t seem to matter.