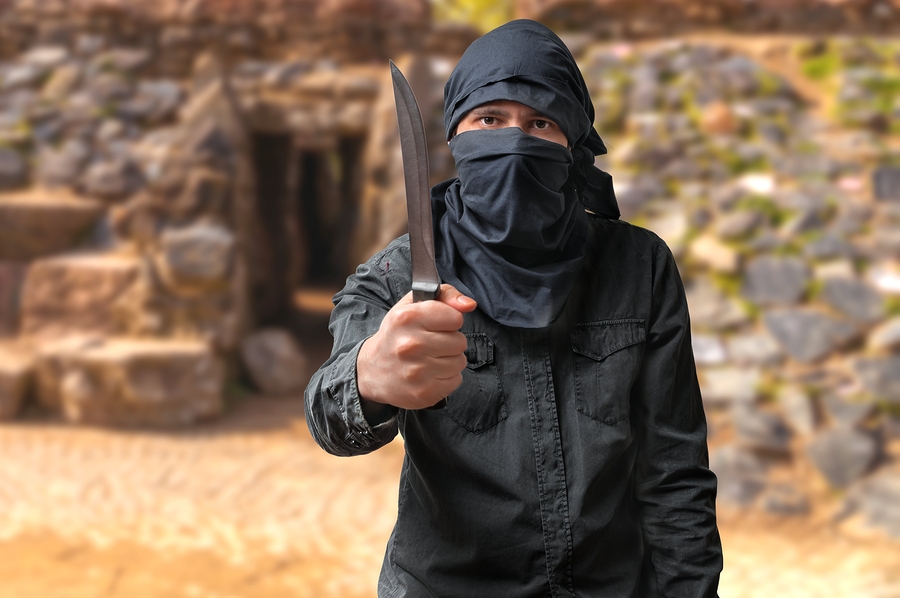 Every time a jihadist attacks, we mistakenly think we're the target.

A well-known American politician once suggested a ban Muslims entering the US until “someone can figure out what is going on.” With the massacre of people in Paris, in Orlando, in Nice, San Bernardino, Munich, Dhaka, Istanbul, and seemingly around the world, all being attributed to Islam, this kind of paranoia is common, and our confusion is understandable.

In case you still haven’t figured out “what’s going on” yet, allow me to explain.

What we’re dealing with is called a Cult.

Take a look at this list from the International Cultic Studies Association and see if ISIS meets any of these criteria:

This may come as a shock to many white, protestant Americans, but Christians do not have a monopoly on fringe wackos who try to hijack mainstream religions to further their twisted ends. Just twenty years ago, we saw a cult in Japan claiming ties to Shinto, use sarin nerve gas on a subway in Tokyo, killing 13 and injuring 5,500 others. Yet when it comes to ISIS and other “jihadist” groups, we persist on naming these people as “Islamic Extremists” or “Radical Islam” because, “that’s what they are.”

Unless you’re willing to accept the likes of Jim Jones, Charles Manson, and David Koresh as “Christian Extremists,” you should not be calling these people Islamic.

Under normal circumstances, a cult exists on the fringes of society, stockpiling guns and obeying their leader, until one day, they all drink poison to rendezvous with their beloved comet, and the rest of us move on with our lives.

The first thing we need to do is to stop referring to these people as Muslims. Imagine their position: if you have a radical ideology, your first hurdle is to give your brand credibility. What better way to do that than to make it synonymous with a pre-existing major brand? If I have a cheeseburger I want to sell, why not call it a Big Mac; people buy Big Macs. But then, just because I say it’s a Big Mac doesn’t make it so. I need someone else to repeat my claim to legitimize it. So here we are in the US, perfectly willing to name the actions of this cult something legitimizing as “Islamic Somethingorother,” and there you go.
The second thing we need to do is stop the drone war in the Middle East. Stop creating wars at all, and allow our allies the room they need to handle the situation.

The paranoia feeding these groups is very real, and at present, we are doing everything we can to reinforce it. Our justification is that we need these drones to strike our enemies. But the reality is, for every jihadist we kill, we create three more. This war we’re fighting is more propaganda than anything else, and the drones we send serve to feed their propaganda machine by showing our disregard for Middle Eastern sovereignty: every civilian killed, in fact every jihadist killed who can be passed off as a civilian, is proof of “Western oppression of Muslims.”

What many of us fail to realize is that we’re not the target. ISIS’s objective is to cause us to hate and persecute real Muslims. Once we’ve sacrificed who we are and what we believe in, we begin to make regular Muslims’ lives miserable, creating a very real persecution, which drives their recruitment.

This is how we create home-grown terrorists, and this is what we’re up against. And this, by the way, is what the heck is going on.

Michael Patrick Lewis is a teacher, and bestselling author of Edge Of God, and Preferred Rewards. He is also married to the most amazing woman in the world.